A Burden Too Big To Bear 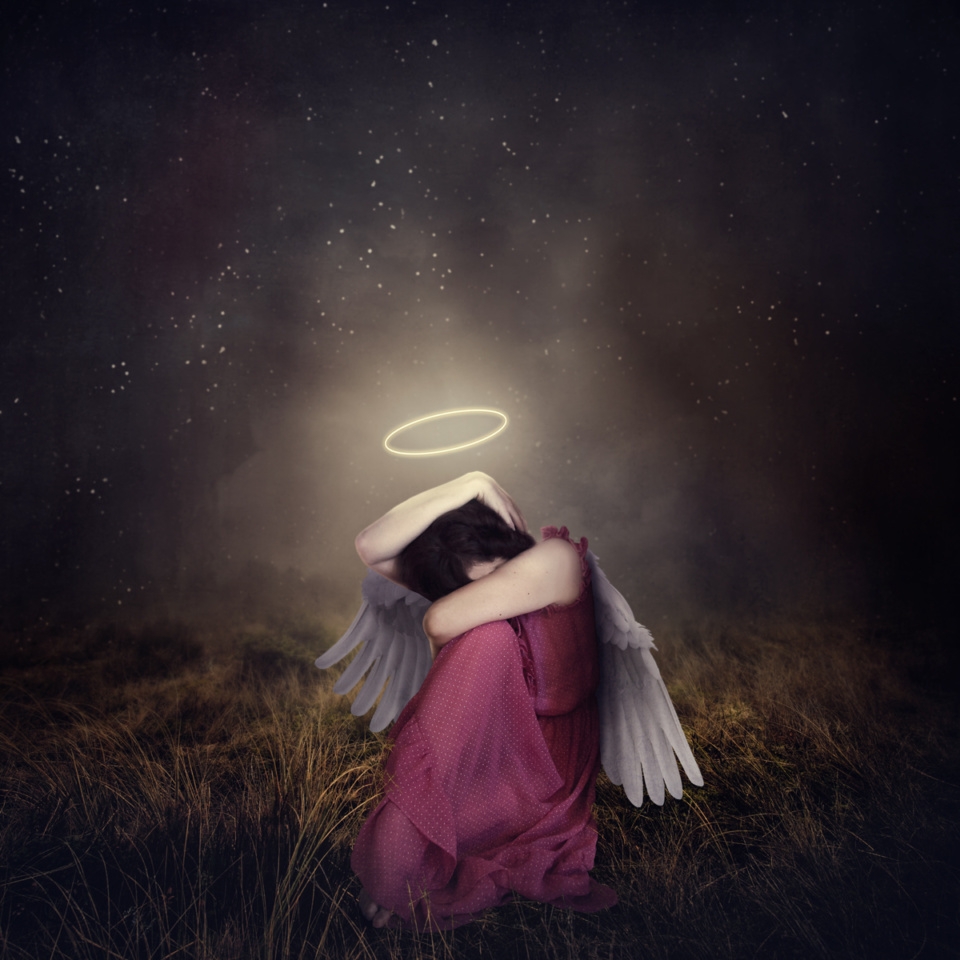 A Burden Too Big To Bear

A little over four years ago I was standing in the kitchen and noticed how lovely the light was hitting my mother’s desk so naturally I had to climb under it and take some self-portraits. It was only the second time I’d ever taken artistic self portraits and I was pleased that there were some really beautiful poses among them. I love the glowing skin, the pop of the pink and my face hidden in darkness.

However those photos, along with many, many others have sat on my hard drive all this time, unseen by anyone but me. A couple of times I’ve tried to make something of them but the ideas never really took off.

I actually really like that third image but I could never quite work out why an angel would be trapped in a jar. If my stories don’t make sense I will abandon them. It’s frustrating because I’ve seen plenty of beautiful images from other photographers that have no story or make no sense, but I personally need my images to be believable, despite their strangeness.

Recently I thought I’d have one more go at it and by giving the image a more renaissance toning it began to go in a direction I was happy with.

My mother loves angels so I’ve grown up surrounded by them. She even pins an angel brooch to her outfit every single day. Only natural then that one would eventually creep into my work. For me, the story here is about an angel who feels overburdened by modern society. No one is truly good or truly bad and I feel like those lines blur even more as time marches on. If we take the seven deadly sins – pride, greed, lust, envy, gluttony, wrath and sloth – I know that I, personally, commit at least one of these sins daily (mainly gluttony thanks to chocolate) but fundamentally I believe I’m a good person despite this. I’m not religious at all but I’m well acquainted with the bible and if there IS a heaven and hell, how difficult would it be to unravel the complexity of a human mind and proclaim it either good or bad? Particularly when the decision results in an eternity of either reward or torture. So yes, I feel like this angel is trying to hide herself away from the overwhelming burden of her position, hence the name ‘A Burden Too Big To Bear’.

The ground was photographed at Mt Cook in New Zealand. I chose it because of the golden tone of the grass. Her wings are from a swan in London’s Kensington Park. The sky is a mixture of several layers.