How I created ‘Bribie Island’

How I created ‘Bribie Island’

Having worked there for three years, Bribie Island is close to my heart, and I’ve noticed how the local’s faces light up when they talk about its history. It was impossible not to include Bribie Island as part of ‘The Land and I’ project since it has experienced such pivotal historical moments and once I’d learned of the uniqueness of Red Beach I knew I had my location. If you haven’t seen the project already, please visit the ‘Stories of Bribie Island’ page at Visit Moreton Bay Region.

Like many I was quite taken with the story of Bribie the Basket Maker and initially wanted to portray the convict with his Indigenous lover but was advised against it by the historical society who understandably are sick to death of the myth. As I was already pretty sold on the concept I decided to keep the idea but shift the focus to Thomas Welsby, the story’s creator. I think the notion of this enduring myth having been hotly contested and written about excessively for generations is just a captivating as the original story itself.

When studying the few existing photos of Welsby I realised he kind of looks like my dad, so that was my model sorted! We had to leave around 5am to make it to Bribie by sunrise so it’s lucky my dad’s an early riser (although not so lucky for me who needs my sleep). We walked for a few minutes in the dark to my chosen spot where I set up my camera and lights (which kept blowing over) while he shivered away in his secondhand suit. Thanks Dad. Eagles circled overhead to see what we were up to. 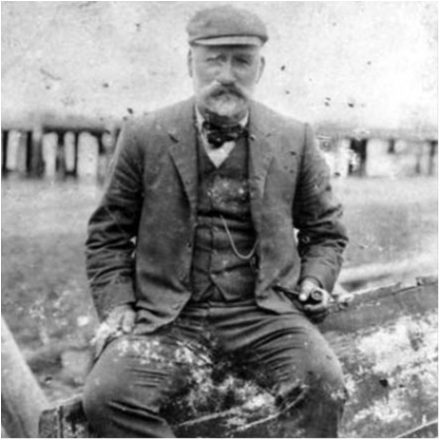 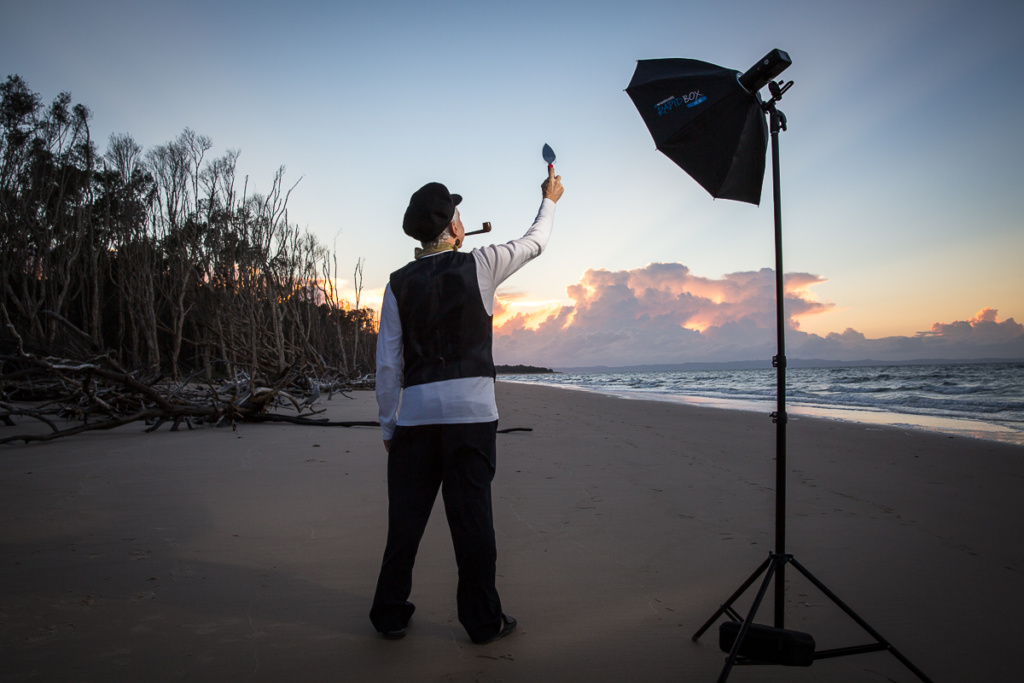 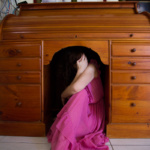 I always envisioned the Welsby character writing the ‘Bribie The Basket Maker’ story in the sky with an oversized fountain pen because a normal sized pen would be too difficult to see. I tracked down a historical looking font for the the text which was a challenge to make fit in a pleasing way.

The koala was added from shots taken at Australia Zoo as many believe Bribie’s name actually came from the Indigenous word for koala, ‘Boorabee’ or ‘Borobi’ (which you may recognise from the 2018 Commonwealth Games’ mascot) but this word originates from the Gold Coast region so no one is sure. The crab and basket are stock images and their significance is explained further in the main post. 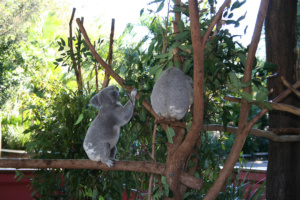 It was very difficult for me to get any form of Indigenous approval for this project as none of the elders I reached out to responded, which meant I had to be very careful including any Indigenous content. I decided to show the couple strictly as small silhouettes which I created by finding stock images of an Aboriginal woman and colonial man and filling their shapes with black. I wanted to include other references to Indigenous culture of the time but could not do so without permission.