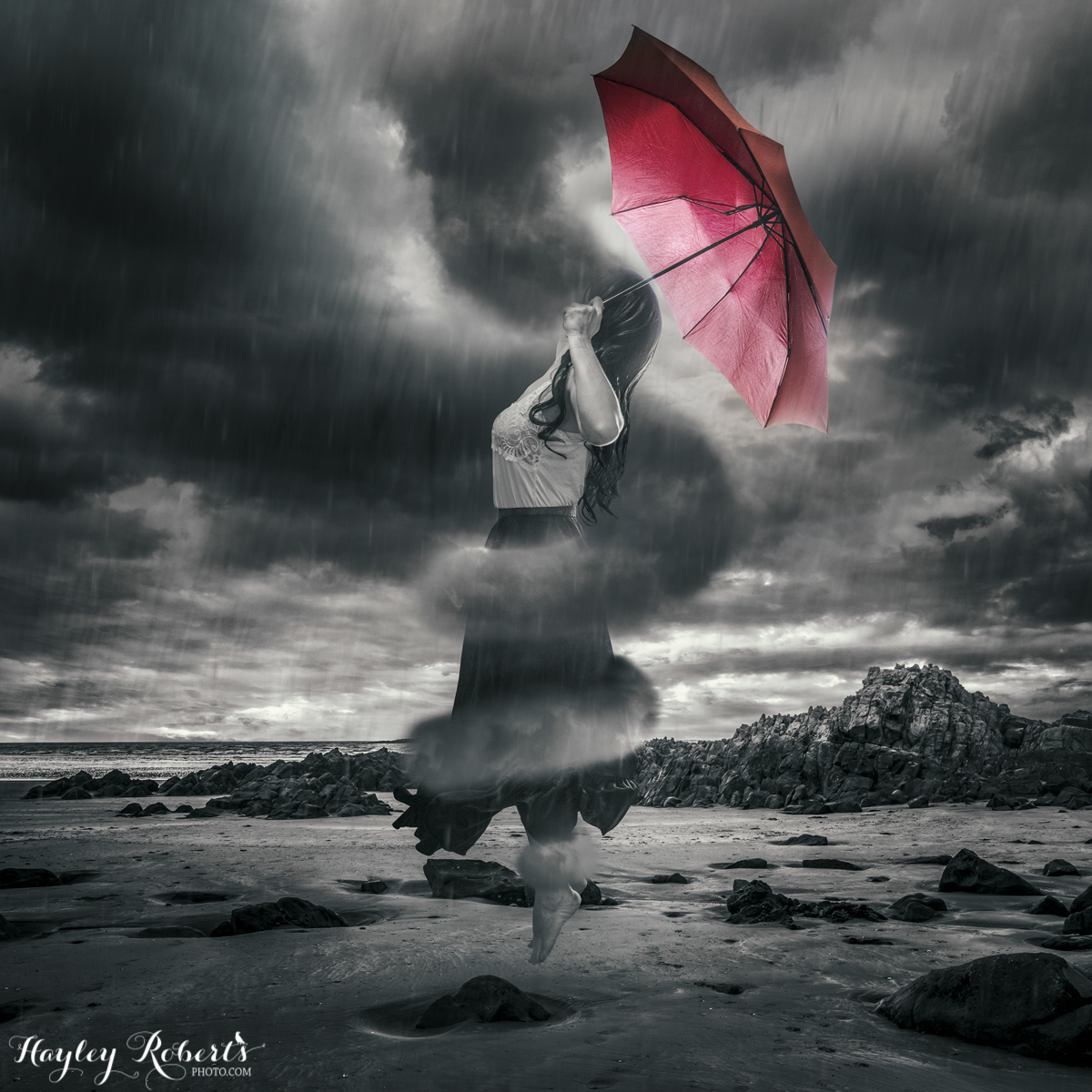 Some people have a natural eye for shooting black and white but sadly I am not one of those people, I guess because I like how expressive colour can be. I took black and white photography in high school, the kind that used expensive film and meant extracurricular hours spent in dark rooms but I was never very good at it; ending up with muddy grey images of vegetables and carnival rides. It’s actually difficult for most beginning photographers to recognise light and contrast because they initially focus on the technical and the aesthetic. I can remember the very minute it all clicked for me and I started to see light, but that was a good year into my photography journey. Photography really is about learning to see and I guarantee that photographers view the world in much more detail than non-photographers. [caption id="attachment_2747" align="aligncenter" width="300"] 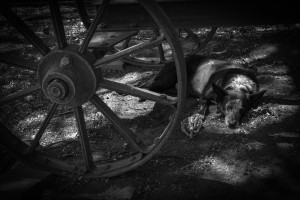 The best methods for shooting black and white photos

When looking for good black and white subjects you need to seek out high contrast situations. Contrast is created in two ways: [caption id="attachment_2739" align="aligncenter" width="200"] 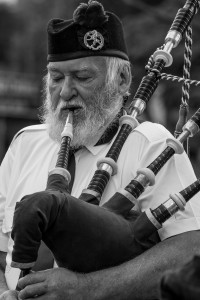 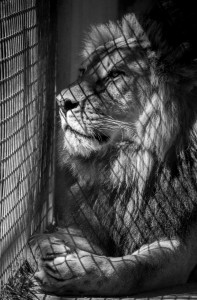 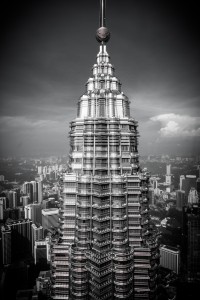 Shades of grey[/caption]   [gallery columns="2" link="file" size="medium" ids="2742,2743"]   [gallery link="file" columns="2" size="medium" ids="2746,2745" orderby="rand"]   If you can, shoot in RAW because the tones of the image will be easier to manipulate later. To help you recognise suitable subjects you can change your camera's picture style to 'monochromatic' and photograph real time in black and white. A great feature of doing this in RAW is that your camera is still recording all the colour info in case you need it. Try and shoot with a low ISO. Black and white conversions tend to make noise more pronounced. Having said that sometimes grainy black and white can look quite good stylistically. Photographing black and white is effective on a cloudy day because the skies look more moody and dynamic BUT photographing on a sunny day is also great because the sun naturally introduces a tonne of contrast (bright light and deep shadows) into your scene. Keep in mind that if you expose for your highlights you’ll get nice looking clouds but the blacks will go very dark. If you expose for your shadows you’ll get detail in the darks but the highlights will blow out and become very white. Decide which of these is most important to you and consider taking two images – one exposed for highlights and one exposed for shadows and combining them later.

The best methods for editing black and white photos

Converting an image to black and white is so super easy that you’re probably wondering why I’ve devoted an entire blog post to it. The problem is that there’s SO MANY WAYS to do it that people get confused knowing which method is best. I’m not going to cover them all. Ain’t nobody got time for that. But here's my favourites. [gallery columns="2" size="medium" link="file" ids="2748,2749"]   [gallery columns="2" link="file" size="medium" ids="2751,2750"]   [caption id="attachment_2752" align="aligncenter" width="300"] 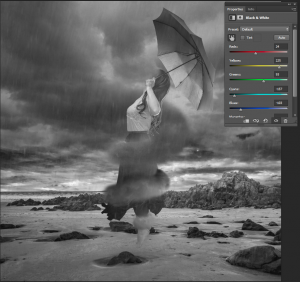 Black & White adjustment layer[/caption]     There's a couple of other techniques you can try to complete your image:

Selective colour allows you to retain a little of the original image's colour as I have done with the umbrella in my image. A stern word of warning - this technique is frowned upon by photographers (in the same way that the font 'Comic Sans' is frowned upon by graphic designers) and I've seen many a novice photographer shot down in photography forums for using it. Like anything though I think it can be tastefully done in moderation and only if it furthers the story of your image. (The red umbrella in my image actually doesn't add anything to the story but I can’t get enough of red, white and black in photos so I couldn’t help myself.) To add selective colour in Photoshop you would just add a mask to your black and white adjustment layer and mask that area away. Then you can use a hue/saturation adjustment to change the featured colour if you wish. In Lightroom you can create the same effect by loading an adjustment brush and taking the saturation slider all the way to the left. Paint this all over the image leaving your desired colour intact.

I have added a bluish tint to my image to make it look more cinematic. I did this using a Channel Mixer adjustment layer (a Photo Filter adjustment layer also works). You can achieve the same effect in Lightroom using the Split Toning panel (pull up the saturation sliders slightly and then play around with the hue to choose a tint for your highlights and shadows). [caption id="attachment_2753" align="aligncenter" width="300"]

Adding a sepia tint in Lightroom[/caption]

When I create my weekly images I always have a secondary goal that I rarely tell you guys about. For this image my goal was to build a scene from scratch incorporating a moody sky, an interesting landscape and a character doing something. I went through SO MANY images to find a suitable landscape but it was actually really tough to find one that looked good in black and white. I first settled on this dirt scene and shot a concept based on a girl lying on the ground protecting a seedling. But come time to edit it just wasn't working so for me I abandoned it. [gallery columns="2" link="file" size="medium" ids="2754,2755"]   Then I chose this desert scene and shot poses of a girl with an umbrella holding a cup up to the sky but the image wasn’t quite conveying the irony of a girl in a desert with an umbrella so I abandoned that one too. But I kept some of the outtakes of this shoot and experimented with different backgrounds until I found one I liked. [gallery columns="2" link="file" size="medium" ids="2756,2757"]   The final landscape image was taken at a beach in Yeppoon. I like this image very much in colour and was disappointed to convert it to black and white, but the contrast between the rocks and sand was too good to pass up. I started importing different cloud photos and masking them so it looked as if they were wrapping around her. The final black and white image uses both types of contrast that I mentioned earlier; a light contrast with the bright and dark clouds and a colour contrast with the black hair, skirt and rocks and white top and sand. The rain is a combination of two of Jessica Drossin’s rain overlays. [gallery size="medium" link="file" ids="2760,2759,2758"] 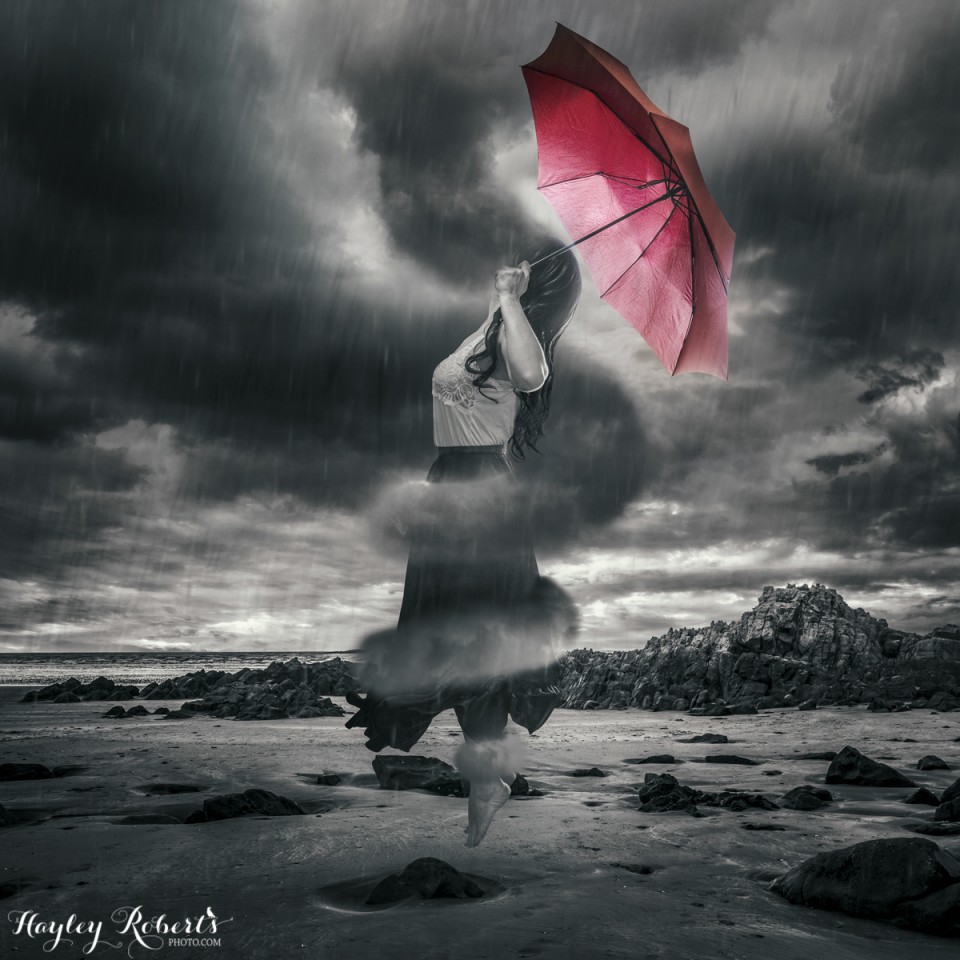 The best methods to shoot and edit black and white photos

Some people have a natural eye for shooting black and white but sadly I am not one of those people, I guess because I like how expressive colour can be. I took black and white photography in high school, the kind that used expensive film and meant extracurricular hours spent in dark rooms but I […]