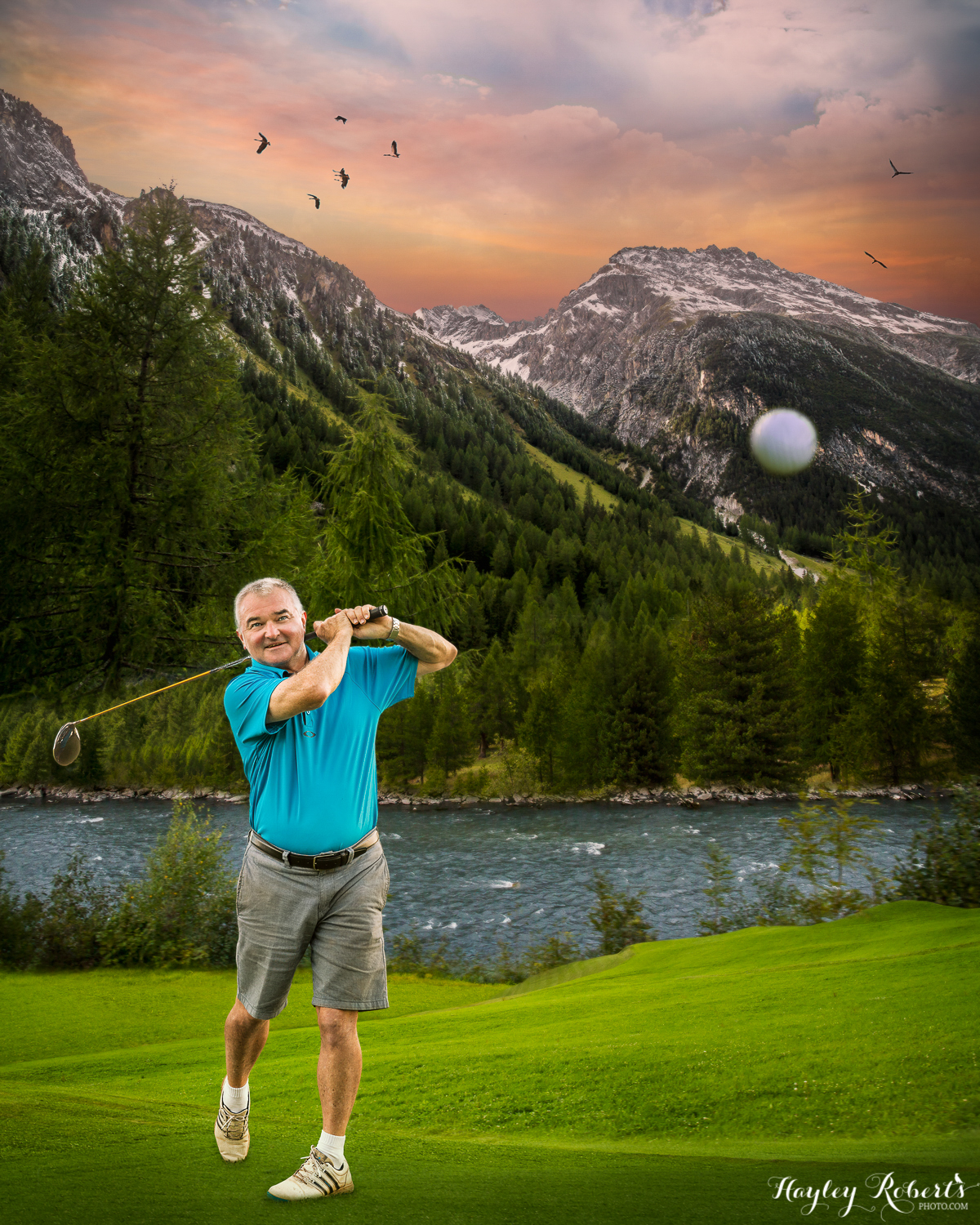 Recently I was asked by some work friends to create a special birthday commission. The gentleman subject, Russell, is a golf fan and world traveller so I knew straight away that I wanted to create a unique piece that combined his two passions. Sadly a trip to Europe wasn't in the budget so I had to use scenes I'd photographed previously for the background. But since the majority of the scenes I had in mind were captured from a moving train I was unsure what angle I'd need to photograph Russell from to make him fit realistically. To get some answers I first chose a bunch of possible scenes and then scoured the web for photos of golfers taken at different angles to see which fit the best. As you can see in the example, the first golfer looked the most natural, followed closely by the third and as it turned out, these golfers looked the best in EVERY scene regardless of the angle the original scene had been photographed at. Curious. 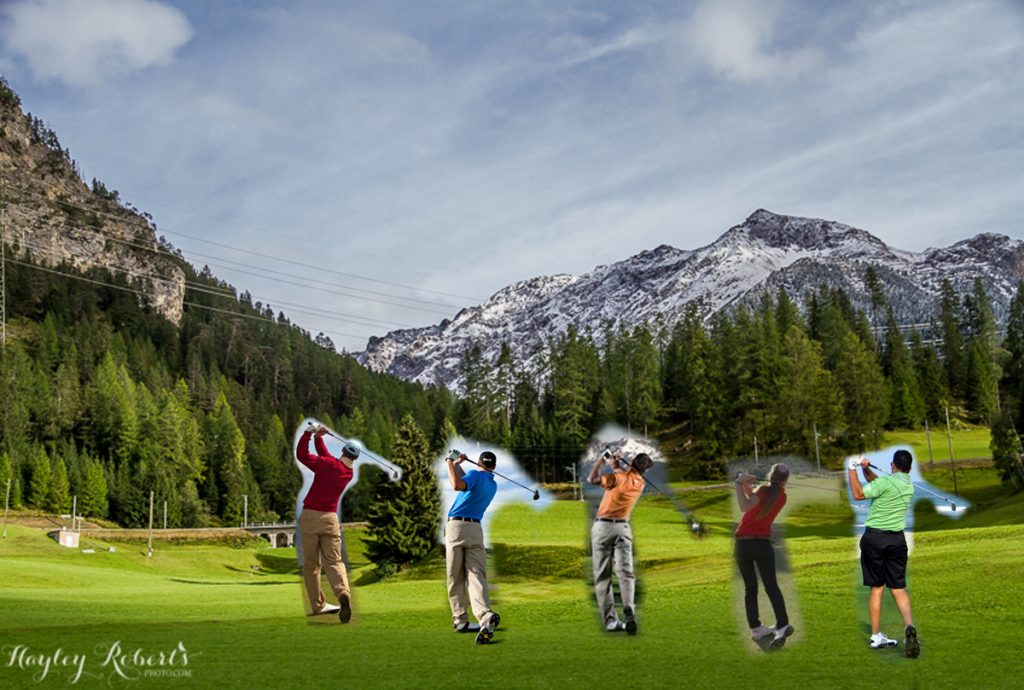 But what angle had THESE golfers been photographed at? Without access to this information I had to take a stab in the dark and guessed that both were taken from waist height with the camera straight on - but looking at the original images they appear to be photographed at quite different angles. Even more curious. [gallery columns="2" size="medium" link="none" ids="2958,2956"]   Now I totally lack the skills to confidently look at a scene and guess what angle it was photographed from, but I needed concrete answers before the client shoot! So I did this little compositing experiment. I stood in my backyard and photographed myself at all different angles so that I could overlay each person onto my scene and figure out which fit best. This way I'd know exactly how to photograph my model. It's also a handy reference guide when looking at the work of other photographers to compare the horizon lines and figure out what angle it was shot from. Genius! I've added a link to the end of this post so you can download and use this tool too. Although keep in mind that it's not foolproof because distance and camera tilt are also important factors. [caption id="attachment_2965" align="aligncenter" width="960"] 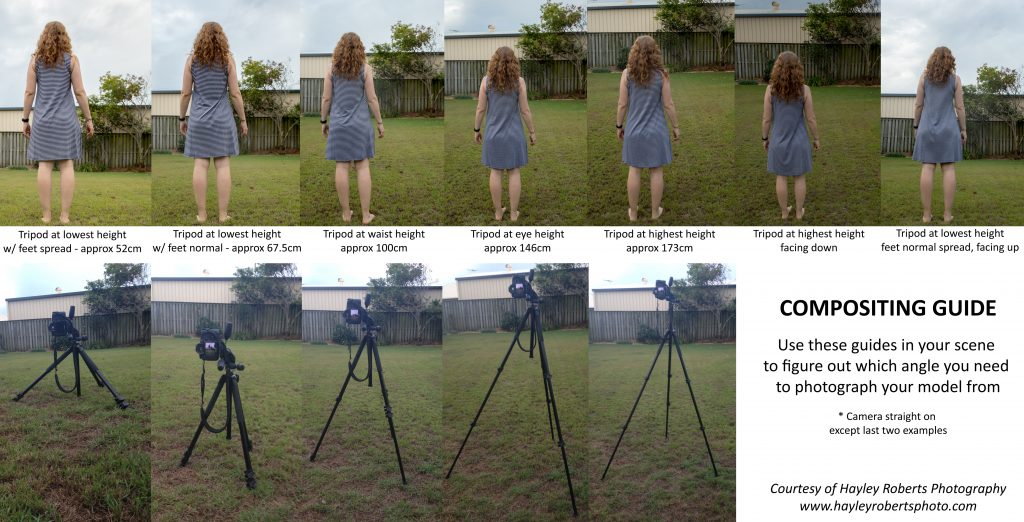 Free compositing tool[/caption]   So based on my original guess I added the waist height example into my scene and, WHAT?, it didn't fit! Yet it turns out, the one photographed at thigh height was a match. So now I could confidently photograph Russell from this angle and have him fit my scene. Brill! [caption id="attachment_2963" align="aligncenter" width="960"] 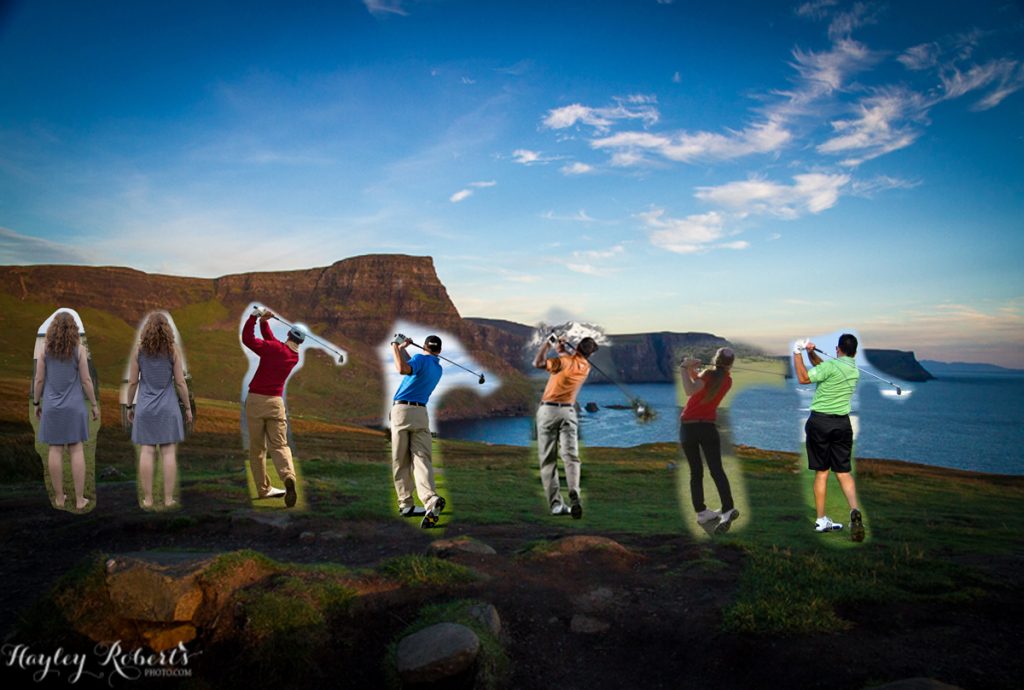 Waist height example on left, doesn't fit as well as thigh high example on right[/caption]   Photographing Russell was a delight and zooming around the golf course in his buggy was a tonne of fun. I spent about an hour photographing Russell using various locations and poses but it was actually the 13th image I shot that ended up being the winner because the pose was the most natural. 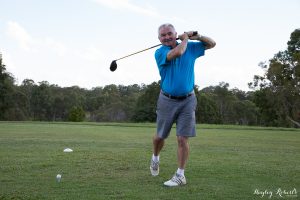 To create the scene I used three different images of grass, 1 lake image, 3 photos of mountains and 5 images to build the sky! The ball was photographed wizzing along the ground and the geese just happened to fly over as we were shooting. [gallery columns="2" size="medium" link="none" ids="2957,2959"]   I did have a problem with moire in Russell's clothes, which is the flaring you get in patterned fabric (and coincidentally also happened in the dress I'm wearing in the examples). And because of this I learnt that there's actually a moire reduction slider hidden in Lightroom's adjustment tools. Who knew? So now I have one happy client, one happy photographer who got to hang out on a golf course and learn some new things, and hopefully one happy blog audience who now have a handy compositing tool which you can download here. :) 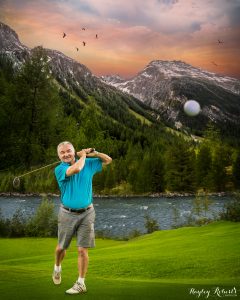 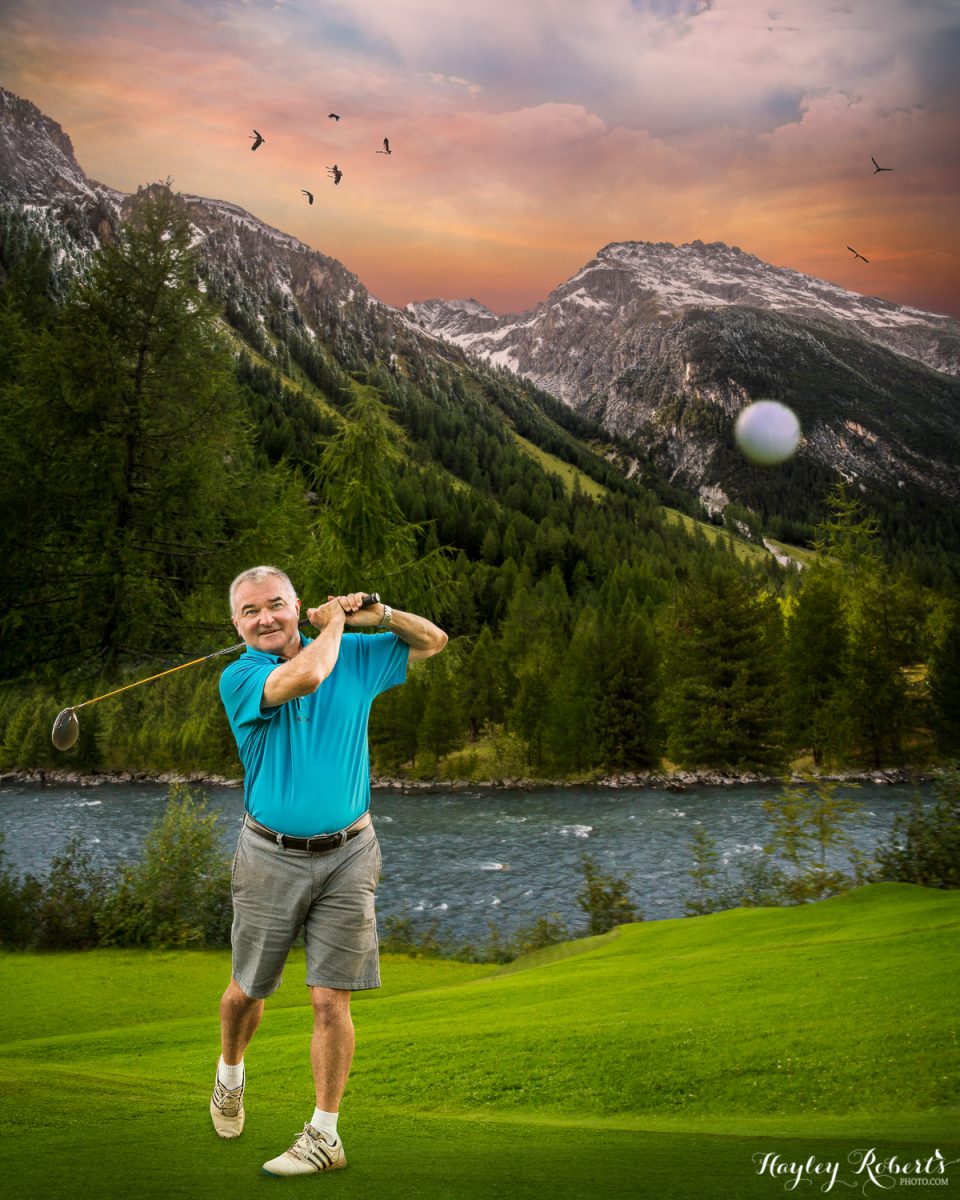 Behind the scenes of a special commission (with free compositing tool!)

Recently I was asked by some work friends to create a special birthday commission. The gentleman subject, Russell, is a golf fan and world traveller so I knew straight away that I wanted to create a unique piece that combined his two passions. Sadly a trip to Europe wasn’t in the budget so I had […]