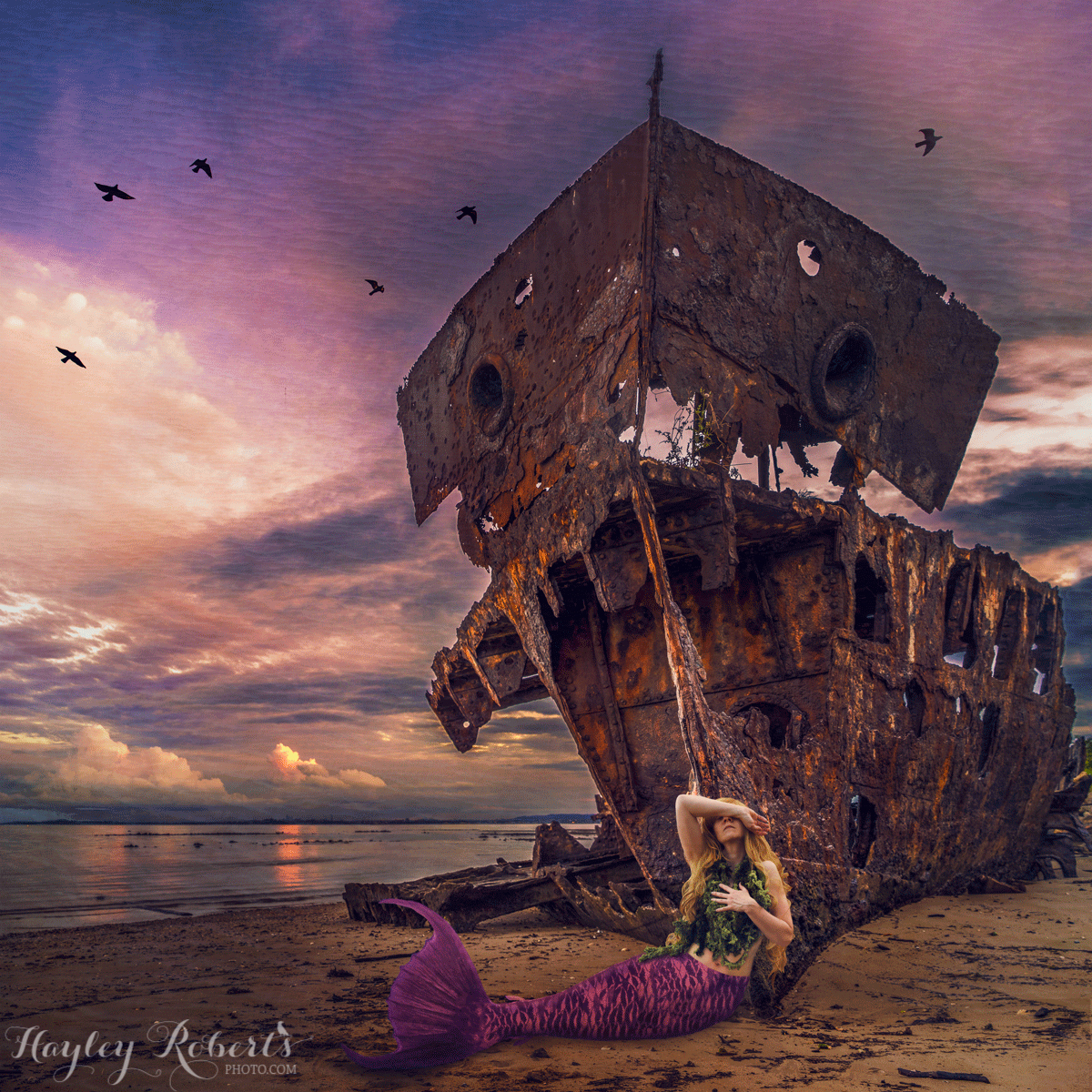 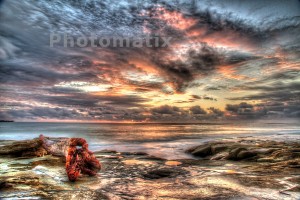 Oh god, MY EYES![/caption]   HDR is photography’s most controversial technique because when overused it produces garish results capable of making your eyes bleed. Cameras are limited in the tones they can capture, meaning if you expose to get detail in the shadows, your highlights will blow out, or if you expose to get detail in the highlights, the shadows go very dark. HDR, short for high dynamic range, is a processing technique that gives photographers the ability to create images with a higher range of detail from lights to darks, giving a sort of hyper-real effect. Used in moderation it’s a really effective technique that brings detail into every portion of your image, more in line with how our eyes actually see a scene. For three years I eagerly processed ALL of my images this way because I liked the look of it so much, even when it was probably overkill. HDR is traditionally created by taking a number of photos of the same scene with different camera settings and then blending those images together with post processing software. But using Adobe Camera RAW or Lightroom you can also give a single image the HDR look, which is how I usually do it. I’ll touch on both methods today. [gallery columns="2" link="file" size="medium" ids="1957,1956"]

How to photograph HDR (Canon instructions)

How to combine your HDR exposures

Because HDR was so popular a few years back there are a number of different products and methods to combine your exposures, but for the sake of this post I’ve experimented with only the most common. [caption id="attachment_1961" align="alignright" width="300"] 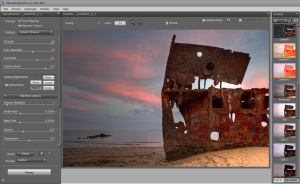 Photomatix Pro using Enhanced[/caption] The most lauded HDR software is Photomatix Pro which retails for about $100 -  although you can play around with a trial version first to see if you like it. It’s easy to use and will walk you through the process of combining your HDRs. But while Photomatix offers the most options, the majority of them are way over the top. However you can customise the sliders to your own taste. The ‘Enhanced’ preset was the most natural looking option for me but I wasn’t entirely thrilled with the way Photomatix combined my exposures. It’s worth the investment if you’re serious about HDR but if you prefer subtle results I’d personally look elsewhere. [caption id="attachment_1962" align="alignright" width="300"] 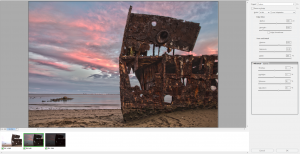 Photoshop HDR[/caption] Photoshop has its own HDR function which you can access with File>Automate>Merge to HDR Pro. Open the files you wish to use and check the box to align them if there was some movement between exposures. In the next dialogue box, play around with the presets and sliders. Tone mapping HDR images is very much about personal taste so I won’t spend time explaining all the options as plenty of other bloggers already have. But I will mention that if you find an element in your images has moved, check the ‘Remove ghosts’ box and Photoshop will attempt to fix it. Because subtlety is key for me I found the results from Photoshop were still a bit too strong. Lightroom has recently added an HDR function to its workflow with version 6. Highlight the images you wish to merge and go to Photo>Photo Merge>HDR. On the next screen click to ‘Auto Tone’ and choose ‘Auto Align’ if your camera moved between exposures. Choose a deghost amount if necessary. The resulting image won't look typically HDR but it will throw you into your Develop dialogue box with the sliders moved to best enhance your photo, which you can adjust to taste. I was really not expecting to like this new feature considering it was added as an afterthought but I really love that I can play around with sliders I’m already familiar with, so this is the method I chose for this week’s image. [gallery size="medium" link="file" columns="2" ids="1964,1963,1965,1966"]   There’s one other method I experimented with this week which isn’t really HDR but it’s a good option for selectively combining your exposures … so if I only want my underexposed photo to show up in the sky and my overexposed photo to show up  in the shadows. This method involves ‘Luminosity masks’ which use Photoshop masks to obscure and reveal various light values. So I could use a ‘Brights Mask’ to select all the bright values in my image and have my underexposed photo show through in  just those areas. Now the guru in luminosity masks is a chap named Jimmy McIntyre so if you’re interested in this technique, please visit his website and download the free action panel which creates all the masks for you at a click of a button! You can then refine the masks as necessary. [gallery columns="2" size="medium" link="file" ids="1968,1967"]

How to create HDR from a single image 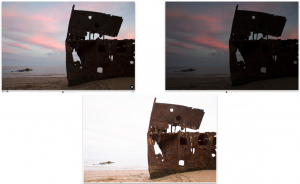 Create three exposures from one image[/caption] The most well-known way for creating HDR out of a single image is to duplicate the image three times and then raise the exposure of one and lower the exposure of the other and then combine these together using the methods covered above. This is completely unnecessary and just adds noise to your image. The way I do it, which I was so overly fond of for so many years is by opening your image in Lightroom and copying these sliders. As each image is different you’ll need to fine-tune the sliders to taste but I have these sliders set as a Lightroom preset so I can apply it quickly and at least see if an image has potential. This is my biggest editing secret! It's also a technique that photographers like John Wilhelm and Adrian Sommerling use to achieve their almost cartoon-like effect (I think). [caption id="attachment_1985" align="aligncenter" width="197"] 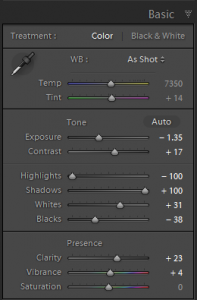 Drop the highlights, raise the shadows and move the other sliders to taste.[/caption]

Siren's Sorrow was photographed on location at the Gayundah Wreck in Woody Point, Brisbane. Considering it's a large rusty structure it's been on my mind as the perfect HDR location for some time. I didn't realise until I came to photograph it that you have to ignore 'trespassing' and 'danger' signs and climb down a large wall of rocks to get to the wreck itself so I had to leave my assistant (Mum) behind. I was losing light quickly, the tides were coming in and the area is overlooked by afternoon walkers and a busy construction site (if I'd moved the camera 1cm to the the right you'd be able to see it) and so I was feeling both rushed and self-conscious. The image was expanded so I shot four different angles (main, left twice, and up) with three exposures each. These each had to be converted to HDR (using Lightroom), combined into one using Photoshop's Photomerge and then edited to taste. The mermaid tail is courtesy of DeviantRoze on Deviant Art. To be honest I really didn't like this image for most of the editing process but I'm quite fond of it now it's finished. [gallery size="medium" link="file" ids="1972,1973,1974,1975,1976,1977,1986"]   So if you’re of the opinion that HDR is a horribly overrated technique then you’re just not using it properly. :) 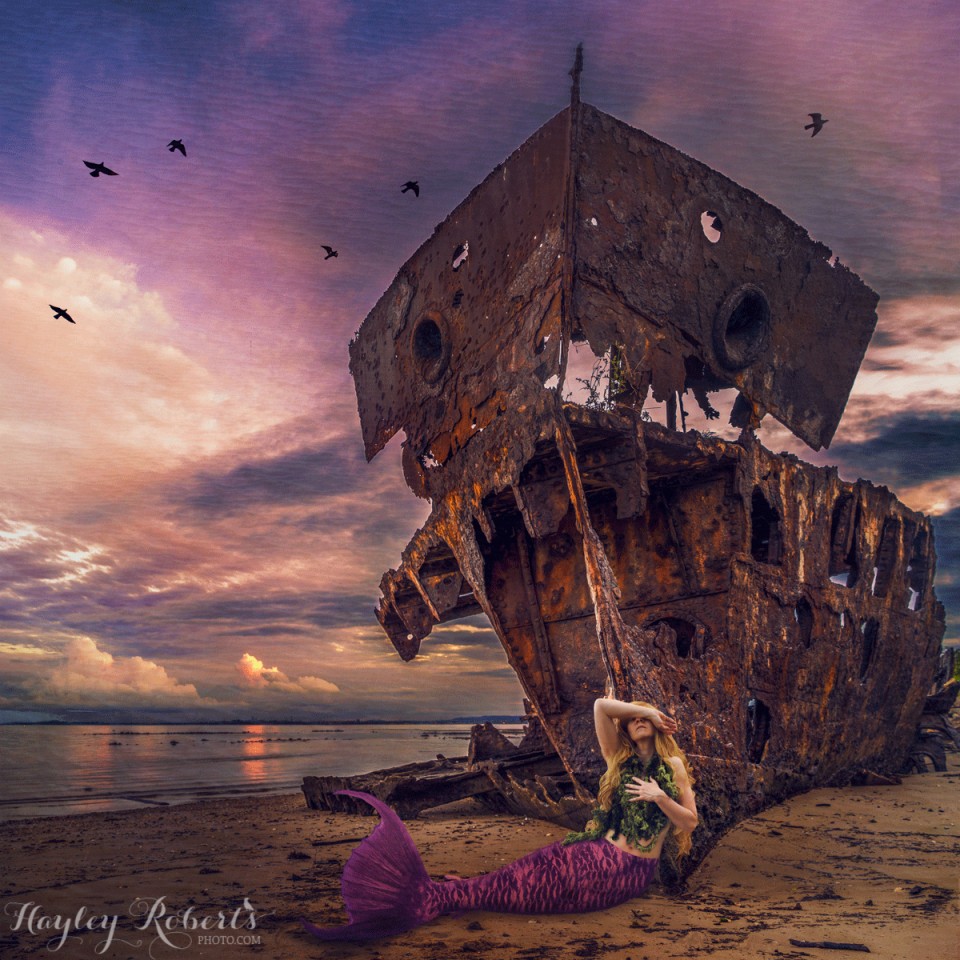 How to photograph and edit HDR for everyday use.