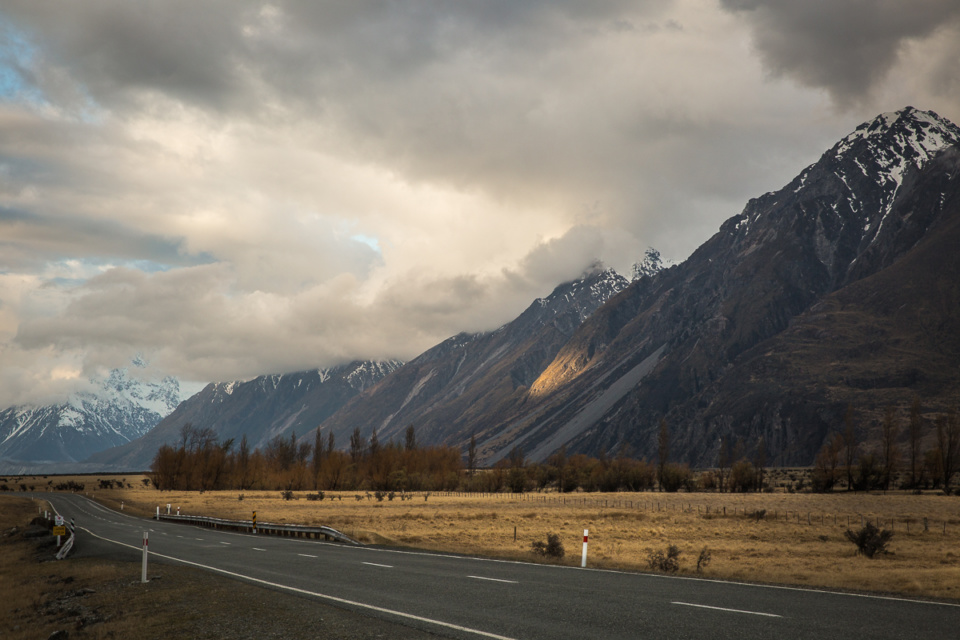 When I received an invitation to a wedding in New Zealand I thought to myself, why not? New Zealand has never been high on my bucket list of destinations which I suspect is due to the “friendly” but actually somewhat damaging rivalry that Australians have with New Zealanders. Unfortunately this meant that I had NO IDEA that New Zealand is the world’s best kept secret and is actually the most stunning and friendly country on earth! Move it to the top of your destinations list STAT and for tips on where to go and what to do make sure to refer to this blog series.

In a strange juxtaposition Christchurch is still very much suffering the effects of the 2011 earthquake as evidenced by the multitude of beautiful ruins. But if you’re like me and are fascinated by abandoned buildings a slow drive around the city centre is like stumbling into a bittersweet dystopia. Christchurch contains so many utterly gorgeous heritage buildings, both intact and otherwise, that I was disappointed to have scheduled so little time here. Had I known I would have forgone that trip to the Re:START shipping container mall with its tourist fodder and ludicrous parking prices and spent my time strolling the streets admiring the buildings. (No photos to show because not enough time obvs.) NB. You’ll hear a lot of people say they wish they’d spent LESS time in Christchurch but I think that’s because there’s just so much to see on the South Island, not that Christchurch is necessarily a crap place to be.

When the Botanic Gardens take up roughly a third of the entire city centre you know it’ll be worth a visit and Christchurch’s gardens naturally did not disappoint. We spent an all too brief morning here after breakfasting at the gardens’ Ilex Café where the waffles are so damn good we came back for them again at the end of our trip and wandered among the gorgeous spring blooms where I had visions of Alice stumbling into Wonderland. In fact I’m planning an Alice inspired art series using pictures I snapped here.

Punting on the Avon and ducklings

To die for waffles at Ilex

I recommend you make your first major stop on this drive at Lake Tekapo, 27km worth of brilliant blue glacial waters of which the main road passes only the very tip. This is where you’ll find the Church of the Good Shepherd, which has become almost a rite of passage for astrophotographers due to its location in a dark sky reserve (meaning there’s no artificial light pollution). Unfortunately what we found was bus-loads of tourist and a church far tinier than expected, but as I quickly learned from New Zealand, even when conditions are disappointing the views are still so mind-blowingly stunning that you come away feeling like you’ve experienced something magnificent regardless. If you’re all about star chasing be sure to spend a night here but from what I’ve heard it’ll be a far less solitary experience than you’re probably imagining. Also, summer is a recommended time to visit when the picturesque lupin flowers are in bloom.

Church of the Good Shepherd

Us, Lake Tekapo, right out front of the church

Further on is NZ’s largest lake, Lake Pukaki and its Information Centre where we stopped for an ice cream with a side of views.

This lake then accompanies you almost all the way to Aoraki / Mount Cook. The road to Mount Cook is 40 minutes of pure bliss. With an icy blue lake on one side and snow covered mountains in every other direction it’s hard to know where to look but do keep an eye on the road in case freshly shorn sheep are wandering across because this is New Zealand after all!

Photo stop on the way to Mt Cook

We arrived at Mount Cook just on dusk to see the surrounding mountains quickly swallowed by fog (mountains? what mountains?) which dashed my plans for photographing the stars but meant I could get comfortably cosy in the South Island’s snow covered heart. Be aware that due to its remote vicinity Mount Cook’s food choices are expensive and mediocre at best so self-catering is highly recommended.

The View from our accommodation

Skip driving for selfies with mountains

We stayed at: Azena Motel, Christchurch (terrible, suggest trying Merivale area instead) and Aoraki Mt Cook Alpine Lodge (good for budget and self-catering but most people stay at the more costly Hermitage).

Recommended photo stops: Christchurch City Centre (many roads closed to public), Christchurch Botanic Gardens, Lake Tekapo and the Church of the Good Shepherd, Lake Pukaki, and every roadside pullover on the way to Mount Cook (or get your non-photographer friend to drive and use a high shutter speed to freeze the moving scenery).

We wore: In spring it was mainly foggy and overcast, cold, but not freezing. Suggest layers and a puffer jacket with hood.

Distance: Between Christchurch and Mount Cook Village is approx. 4 hours, not including scenic stops.

Please note, although Fox Glacier / Franz Josef is close to Mount Cook on a map, you can only get there by helicopter so you’ll need to drive to the West Coast to access it. This confuses TripAdvisor so make sure you’re staying in the right township.