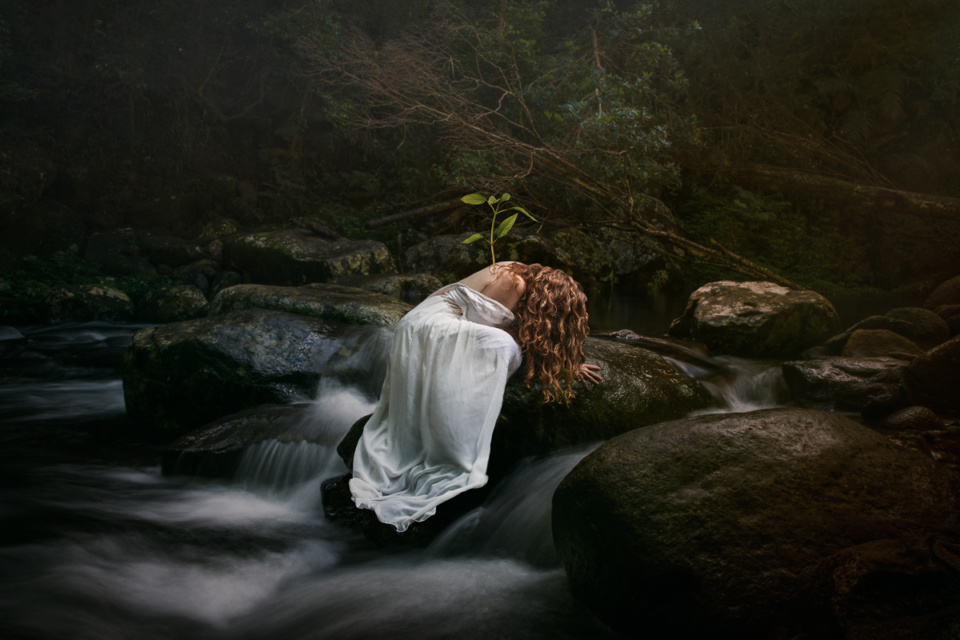 For some time now I’ve been feeling the call of the wild, a desire to run off into the woods and shack up in a log cabin away from society. As urbanisation consumes the natural world and disillusionment with consumerism and ‘stuff’ grows I’ve noticed that more and more people are sharing this desire. I’ve been reading about people with similar interests, starting with Barbara Newhall Follett’s, ‘A House Without Windows‘, a novel about a girl who leaves her family to live in the forest. The book was published in 1927 when Barbara was just 12 years old. At 35 she walked out of her home and was never seen again. Currently I’m reading ‘The Nature Fix: Why nature makes us happier, healthier and more creative‘ highlighting the studies of leading scientists into nature’s effects on health, crime and productivity. It’s fascinating stuff and I hope to explore it further in a forest based series I plan to work on next year.

Lacking the funds and the means to find a forest home of my own I decided to book into O’Reilly’s Rainforest Retreat in Lamington National Park. Here I spent four days alone wandering by waterfalls and through ancient forests in an effort to soothe my soul and unload some of life’s burdens. Forest bathing, or Shinrin-yoku as it is called in Japan where the term was coined, truly is magical and I long for a time when I have a little forest of my own. I hope the intent of the image is obvious in that, by spending time in nature, it causes us to bloom ourselves.

This image was photographed in two spots. The pose was taken from me draped over an Antarctic Beech tree estimated to be thousands of years old.

The location was photographed near one of the waterfalls along the Box Forest Circuit.

A really cool little feature of this image is that if you look closely between the two centre rocks and behind the middle one you’ll see streaks of white and blue. This is the Lamington Spiny Crayfish which only lives in this part of the world.

I’ve released the image to coincide with Earth Day, the focus of which for 2018 is reducing plastic pollution and being mindful about your consumption of single-use plastics such as plastic bottles, cling wrap, food containers, cups and straws. We have lost so much of the natural world but as governments start to realise the healing benefits of green spaces we can all do our part to preserve what remains.