The Stories of Lake Samsonvale

The Stories of Lake Samsonvale – from ‘The Land and I’ project

A visit to Lake Samsonvale offers tranquillity not always found at the region’s busier destinations making it an ideal spot to soak up some nature away from the crowds.

The area is accessible from sunrise to sunset with all the facilities you’ll need to celebrate a family occasion or merely enjoy an outdoor lunch. You’ll find BBQs, picnic tables and playgrounds at both McGavin View and Bullocky Rest (named as this was once a resting point for bullock teams travelling the Old North Road). 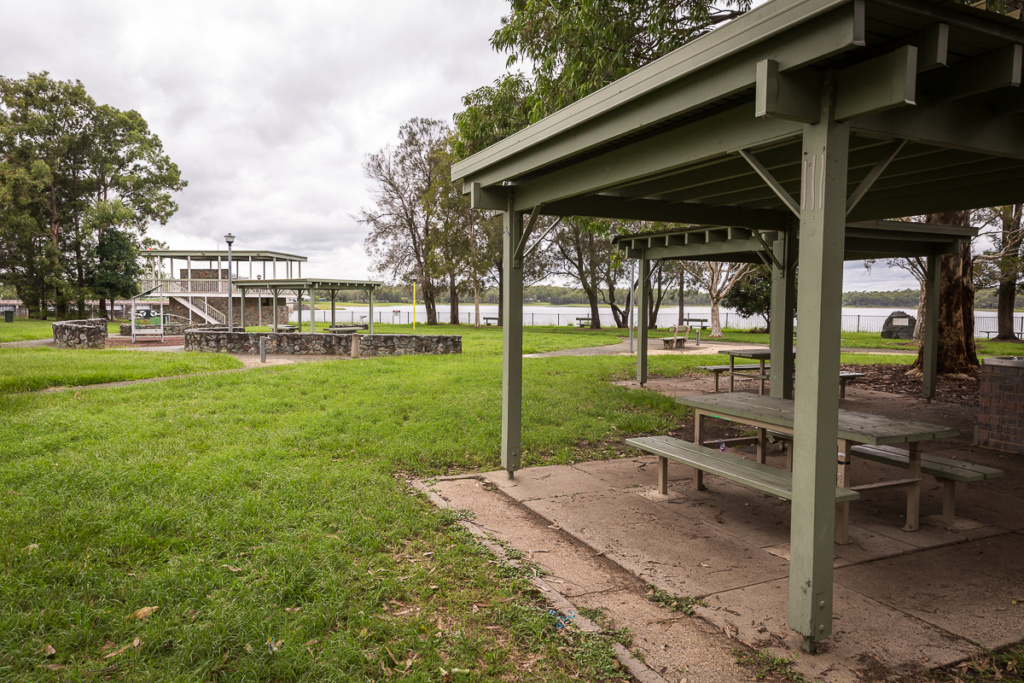 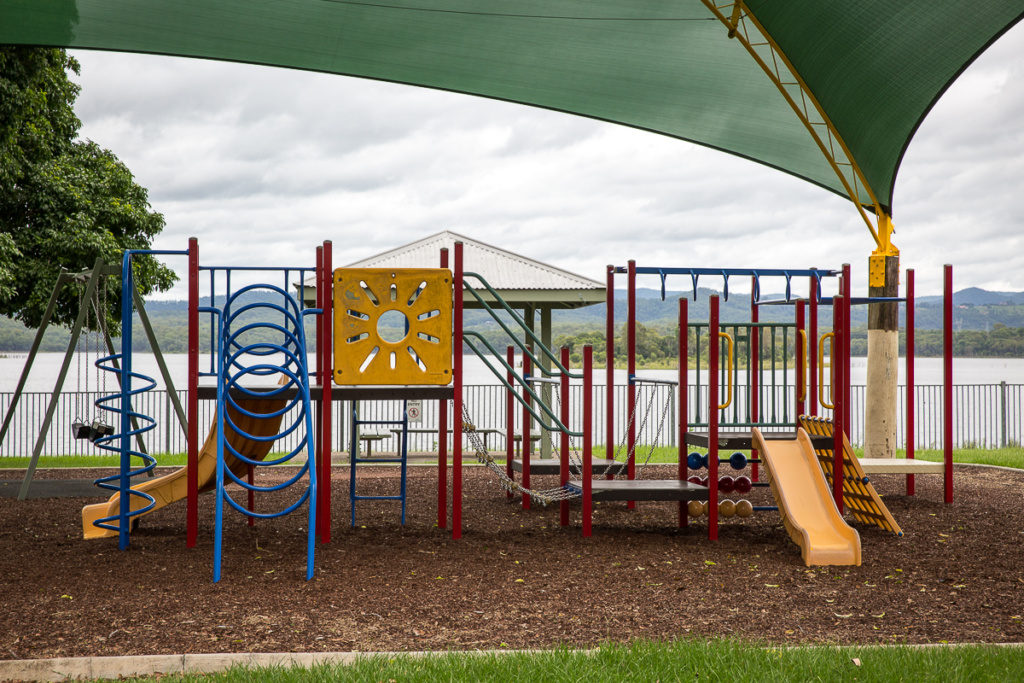 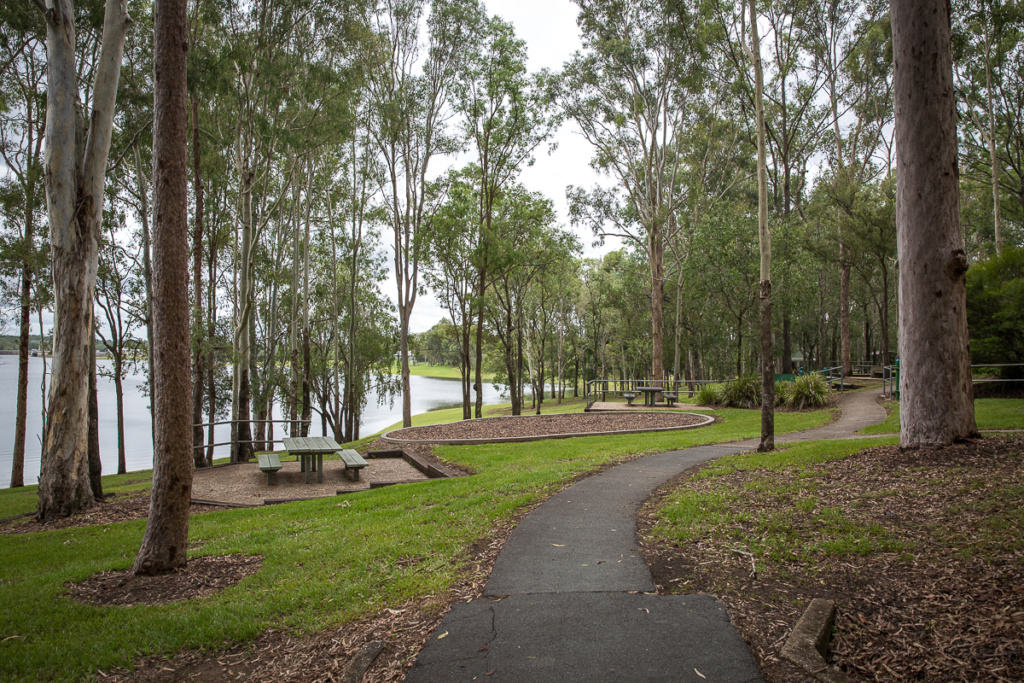 Fishing in the lake is said to be world class provided you have the appropriate permit. Members of the Lake Samsonvale Water Sports Association are allowed to operate paddlecraft but there is strong talk that this will soon open up the public. Swimming is not permitted as Lake Samsonvale is the primary water supply for Moreton Bay and north Brisbane.

For hikers there’s a 4.2km (one way) bushwalking trail that links Bullocky Rest to Forgan Cove. Bird watchers and photographers will delight at the range of water birds. 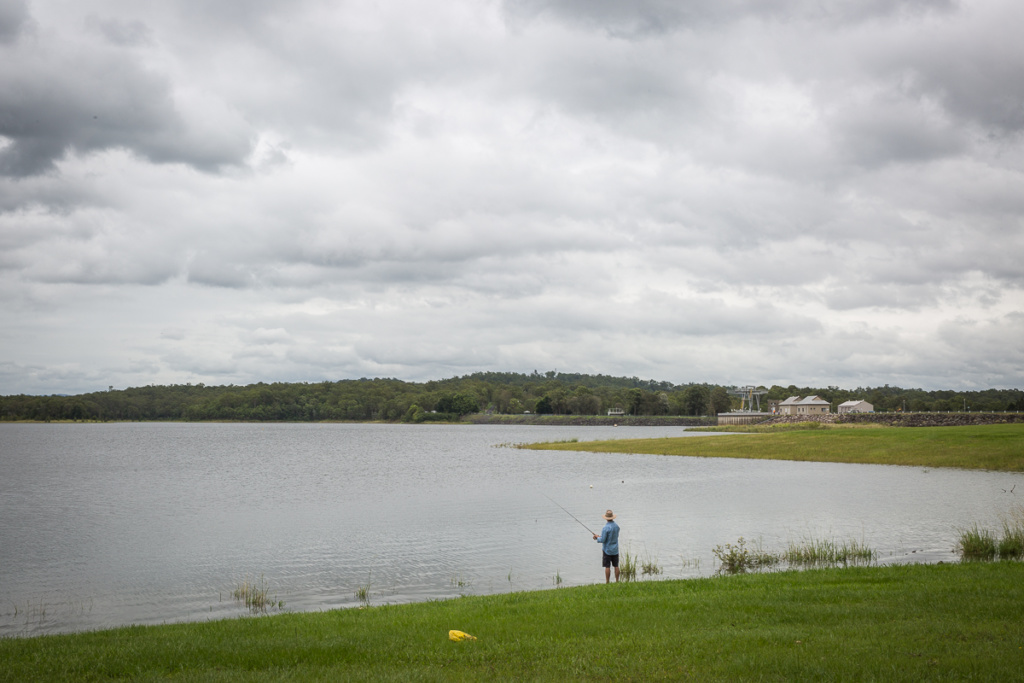 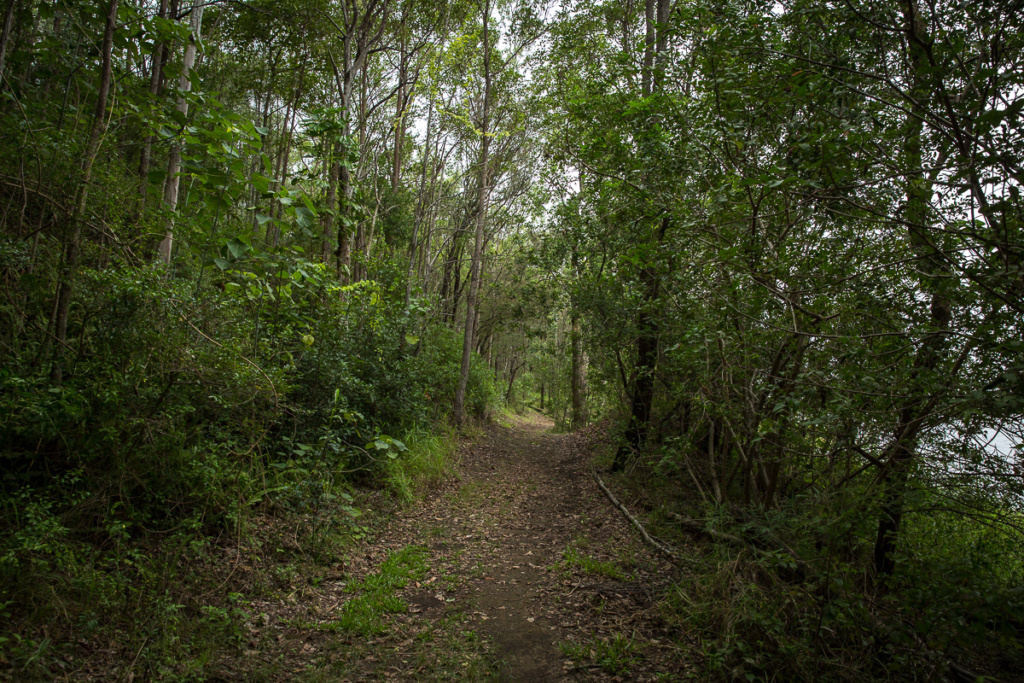 Whatever activity you choose, as you gaze upon the calm waters of Lake Samsonvale, spare a thought for the once thriving community that called this land home. 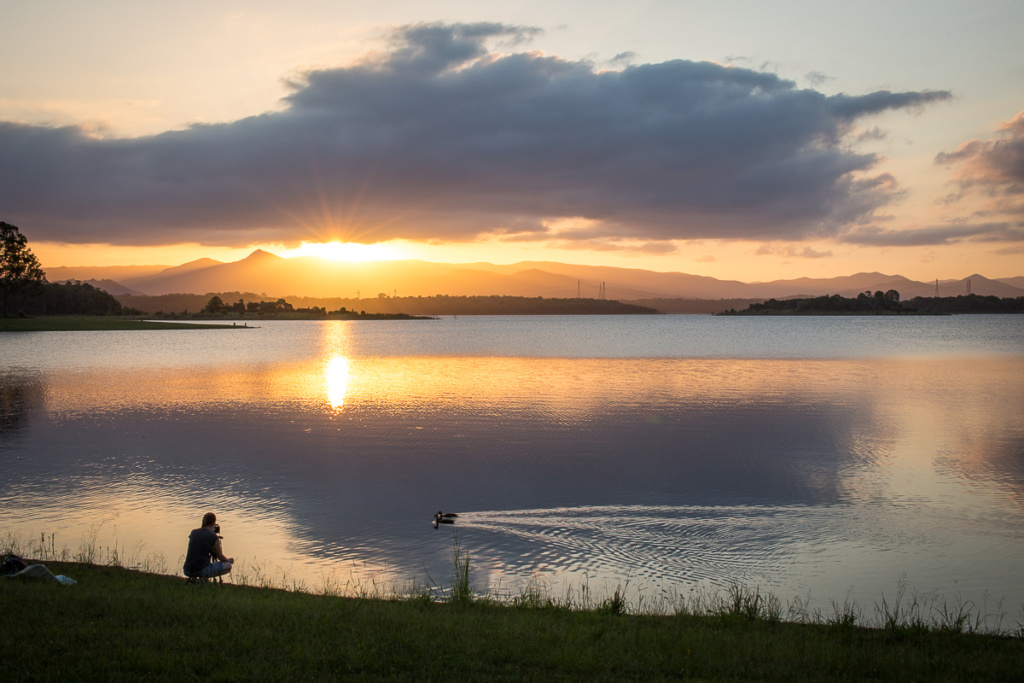 Tukuwampa was originally home to the Garumngar people but was later given its official name, Samsonvale, by William Joyner who in 1845 leased approximately 400 square miles of land south of the North Pine River, extending from Moreton Bay to the D’Aguilar Range. Mr Joyner died two years later aboard the ‘Sovereign’ when it was wrecked near Stradbroke Island. His widow, Isabella, moved from Sydney to continue working the land. She later married John Griffin, owner of Whiteside, the adjoining run north of the river, and the two stations began to operate as one. Three generations of the Joyner family resided in Samsonvale for 104 years until 1945. 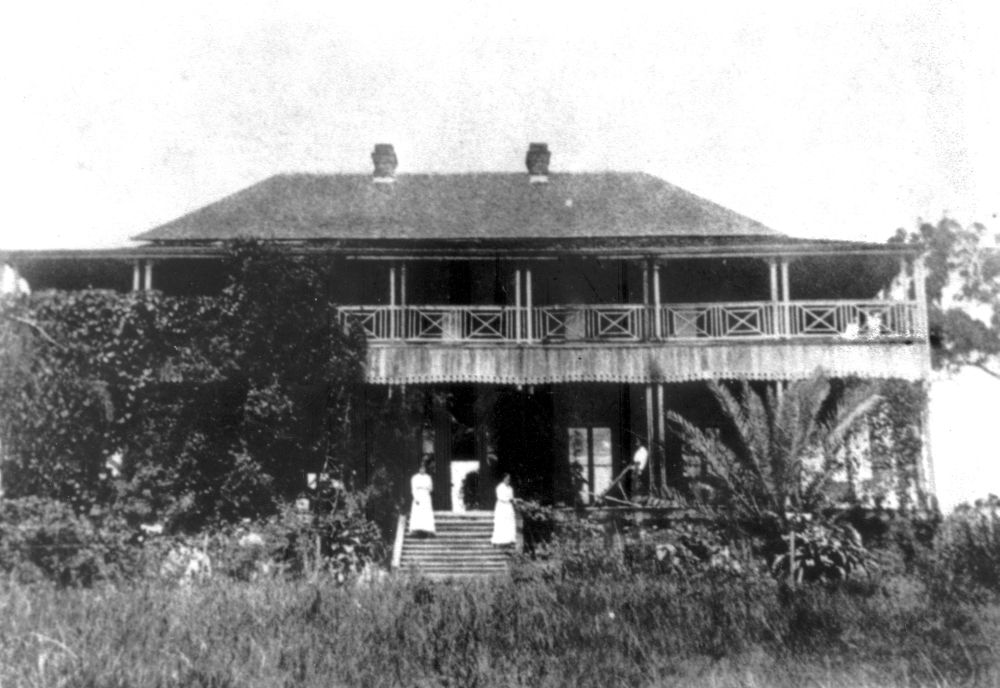 These large runs were soon subdivided into 160 acre plots selling for the price of 2 shilling 6 pence bringing an influx of settlers consisting mainly of English, Scottish, Irish and German immigrants to work the land.

In 1870 Henry Gold established his property on the banks of Kobble Creek. Being centrally located he housed and operated the Samsonvale Post Office and the manual telephone exchange. He also provided land for the school, church and cemetery. The Gold family became one of the most prominent in the area occupying the region for 106 years.

During World War II an army camp and three airfields were established in the area. The Winn family volunteered 250 acres to the Women’s Land Army, whose purpose was to train women in farm work so they could continue the work of the men who had joined the services.

When Australian Paper Manufacturers selected Petrie as a proposed site for operations, their need for vast quantities of water, combined with population growth in the Redcliffe and Pine regions, inspired discussions about the region’s need for a dam. As a result Pine Rivers Shire Council dammed Sideling Creek to create Lake Kurwongbah and the Australian Paper Mill began operations in 1957. The mill eventually closed in 2013 and will soon become a university precinct.

It was quickly realised that Lake Kurwongbah would not meet the future demands of Brisbane’s water requirements and planners secretly undertook further surveying around the North Pine River with the view of creating a much larger dam.

In 1957 one of Samsonvale’s property owners discovered a caveat on his land title warning that the property was marked as a site for a future water storage scheme. Word spread among other land owners who checked their titles and found the same caveat. A public meeting was called and residents were advised that 98 properties would be affected by the proposed dam with construction estimated for 15 years’ time. Due to the long lead time and concern about the project’s effect on property values the State Government offered to buy the affected farms and half of the region’s pioneering families departed. 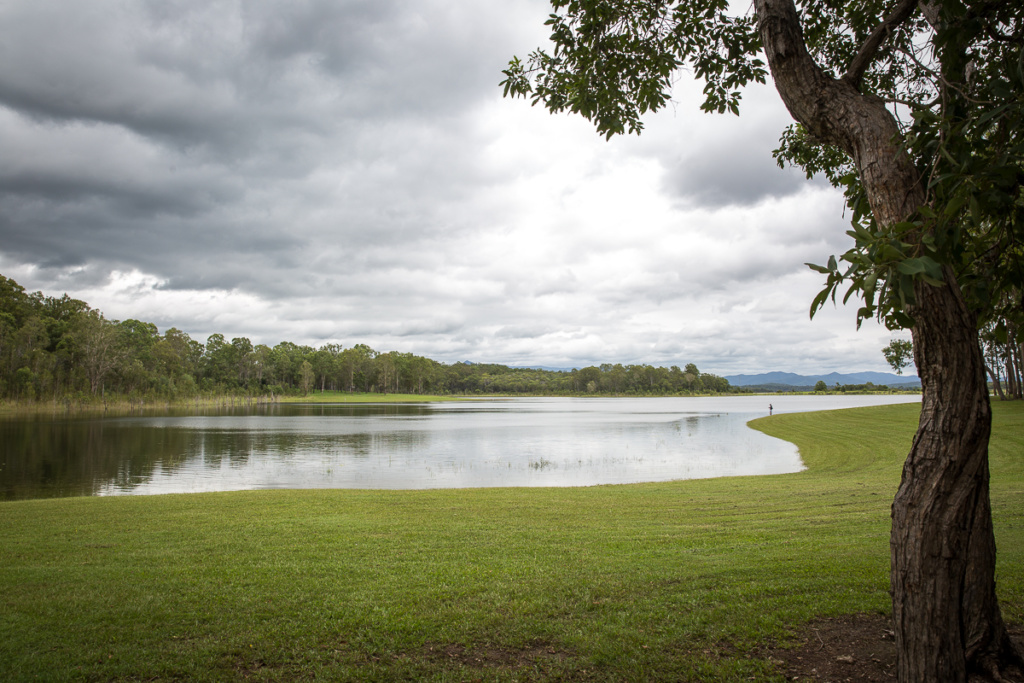 The Government eventually decided that the project was too big for the Pine Rivers Shire Council and brought in Brisbane City Council to manage it. BCC failed to honour previous agreements by refusing to acquire any remaining properties until the project was due to begin.

The families who chose to stay because their land was only going to be partially affected received their resumption notices in 1971 and found that their whole properties were to be resumed, in contradiction to what they were initially advised. Owners were offered inadequate pay outs (with the excuse that their land was not worth much since it was due to be resumed) which barely covered the costs of purchasing property elsewhere. Many families suffered through drawn out legal battles for some form of satisfactory resolution. 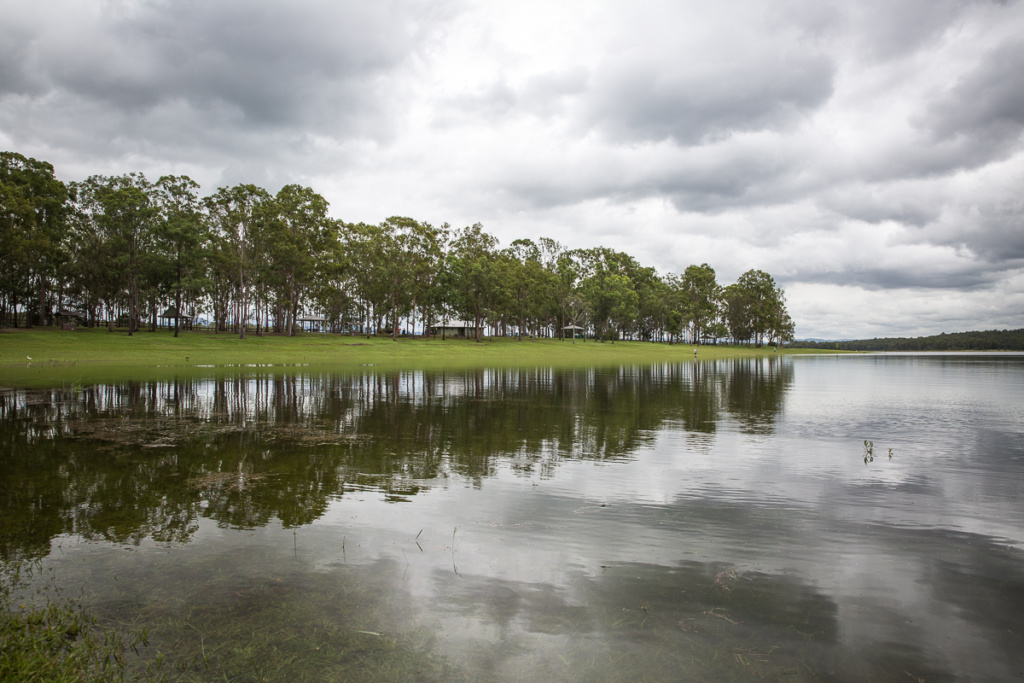 North Pine Dam (also known as Lake Samsonvale in memory of the community) opened in 1976 at a cost of $20 million. Sealed roads were built to provide easy access to the dam but an oversight caused Basin Road to cut in half a well preserved Aboriginal Bora Ring system. Later, Aboriginal groups lobbied to protect what remained but the water board rejected the proposal.

Back in the 1870s when Henry Gold was first clearing his land he had the foresight to conserve three acres of original Hoop Pine which he fenced to prevent damage from cattle. The BCC agreed to preserve this area which is one of the only surviving Hoop Pine forests in South-East Queensland. It is now called ‘Gold’s Scrub’ and is located near the lovingly maintained Samsonvale Cemetery on the opposite bank to Bullocky Rest. A persistent climbing plant, Cat’s Claw, began to spread among the native Hoop Pines but after several complaints the Commonwealth Government allocated $75,000 (more than the Golds were offered for their entire farm) for volunteers to clear the pest. 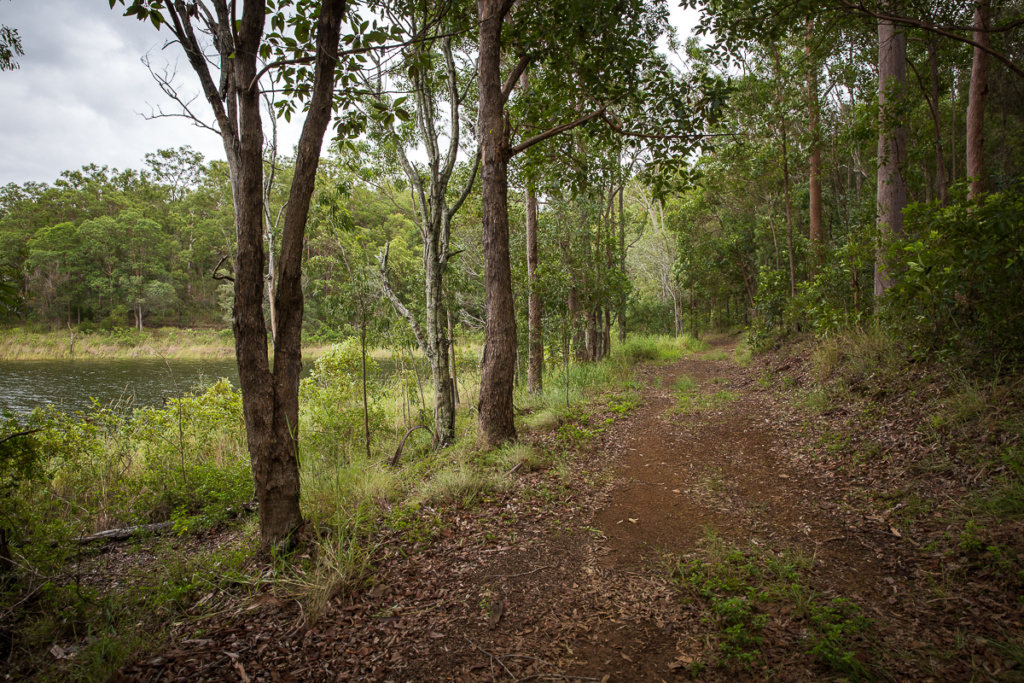 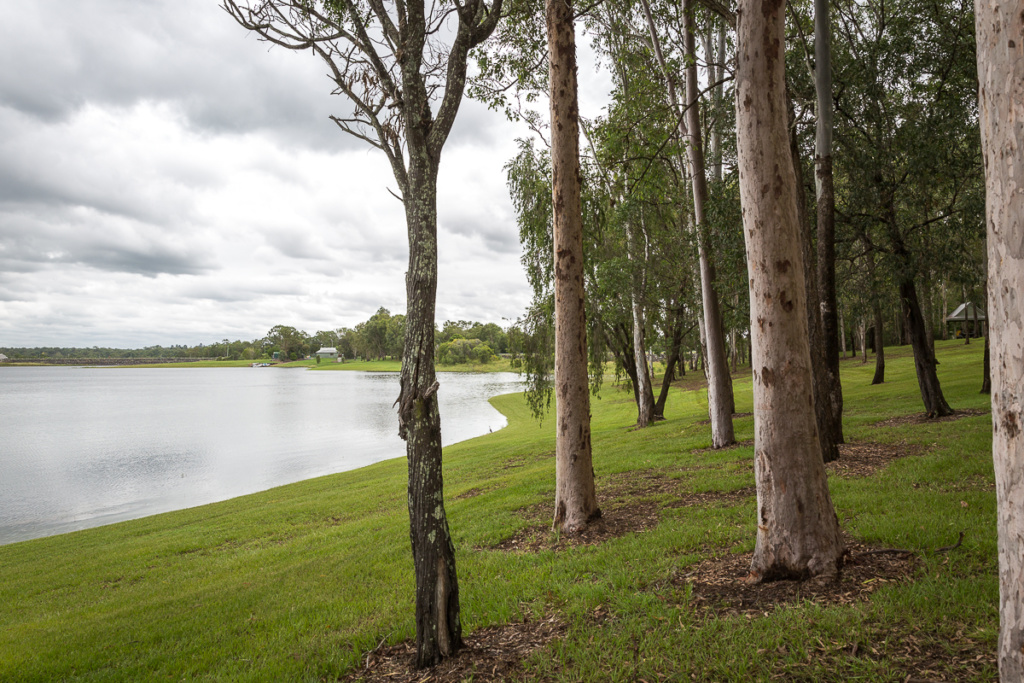 In the words of Ken Gold from his book A Boy from Samsonvale … “And so we can sum up this North Pine project as having a profound effect on a large area of land and the people who lived and worked on it. City people can bathe, wash clothes and cars, drink and cook, water their gardens and fill their swimming pools because a community profoundly disturbed made a significant sacrifice.” 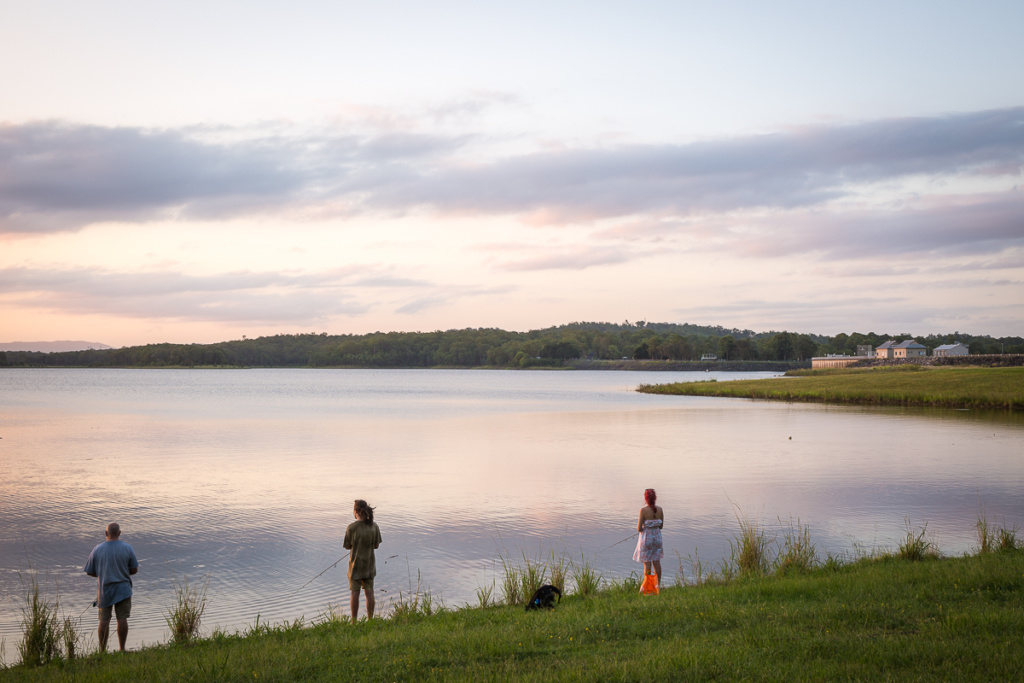 While North Pine Dam is a necessity for the region, I was deeply moved by the many stories I read of the people displaced by its creation. I’ve visited Lake Samsonvale a number of times without realising the history that lies beneath it and wanted to create an image to show people that there is much more to the lake than its calm surface. It’s a compelling thought that under the lake sits rusty remnants of generations of lives and that these treasures occasionally surface when water levels are low. I wanted to include the fisherman going about his pastime seemingly unfazed by the houses rising from the waters in front of him.

The houses in the image are all preserved historical houses photographed at Old Petrie Town. Included are notable properties such as the Kriesch family’s slab barn which was an original Samsonvale property, and Yebri House from the Petrie family’s homestead.

I invite you to share your own stories, photos and experiences of North Pine Dam and the Samsonvale community in the comments below so we can create a living history of this serene place for future generations.

Samsonvale : a history of the Samsonvale district by A. J. Gold

A boy from Samsonvale : an autobiographical account of the life and times of the community of Samsonvale from 1932 to 1980 as seen through the eyes of one of its citizens by Ken Gold