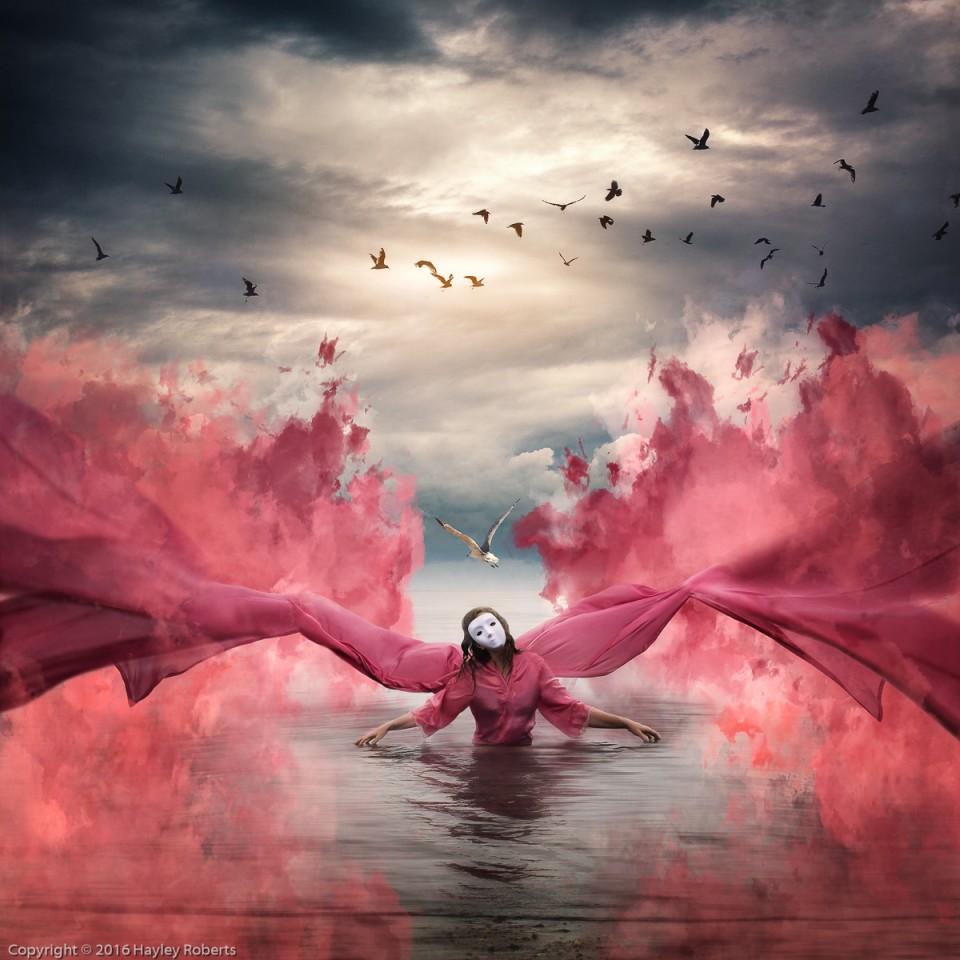 The making of ‘Metamorphosis’

As part of my current gallery exhibition I had to create didactics, which are wall panels that describe your art. Being primarily left-brained I focused on the technical because ‘how’ an image is created is the most interesting part of the process for me and is the entire driving force behind my ‘Exposing Illusions’ brand. So it was a shock when the gallery curator flat out said I was doing it wrong. (Apparently art has some right and wrongs – who knew?) She said that when I write about my art I need to talk about the ‘why’, because that’s what people relate to. The thing is, I don’t know why my art comes about and so often my final images resemble nothing of my initial concept.

It’s ironic because in high school my favourite subject was art history and theory so I know how to analyse and write about other people’s art, but have absolutely no clue how to write about my own. When you go into a large municipal gallery the didactics are almost always written by someone other than the artist and are an interpretation of what the art might mean based on an analysis of what was happening in the artist’s life at the time. Can’t someone do that for me?

Anyway, Metamorphosis came about because our obligatory pastime for celebrating Australia Day is to spend 8 hours at the beach (Scarborough Point to be exact) and I’m incapable of spending 8 hours anywhere without doing SOMETHING with my camera. Whenever I go out for the day I chuck a bunch of props and costumes into my car and usually choose whatever items contrast best with my surroundings. Being a murky grey/blue day I reached for something pink and I vaguely wanted to create a weird, faceless deity rising from the water. Why? Your guess is as good as mine.

After photographing myself in the water I threw about the pink dressing gown in case I wanted to use the fabric in the image.

In the editing process I blurred the water to give it a fantasy feel and after some experimentation decided to create wings out of the fabric. This notion of flight inspired me to add some birds. I then spent a lot of time perfecting the blurry water and the reflections of the fabric, none of which you can actually see in the final image.

As for the pink flames, I honestly couldn’t tell you what I was thinking about when I added them. I just sampled various colours from the image and painted them in at different opacities using a cloud shaped brush.

But what does it all mean?!

Here’s what I think … to me the water suggests a baptism and the flames and wings suggest a phoenix so it’s about some kind of new beginning or metamorphosis. When I created this image it was almost exactly a year since I started my art photography business and a year was the deadline I gave myself to either make something of it or give it up and pursue a different career path entirely. Some goals I failed but others I hit out of the ballpark and they were the ones that made me think I might be able to make a future out of my art. So it was created at a time when I was transitioning from  ‘can I?’ to ‘I can!’ and the change of mindset that goes along with that.

As for the mask, and the faceless aspect of the image … 18 months ago I wholeheartedly believed there was nothing creative about me. Today I am an artist with a solo exhibition in a space in the largest gallery in my region. This has made me a very firm believer in how, with hard work, ANYONE can reinvent themselves and so I want this piece to act as an inspiration for those who dream of being something different or better. It’s all possible.

Unfortunately that’s way too wordy to fit on a didactic.

Now I’m interested to know, which part of this blog did you enjoy the most? The ‘how’ or the ‘why’? 😉