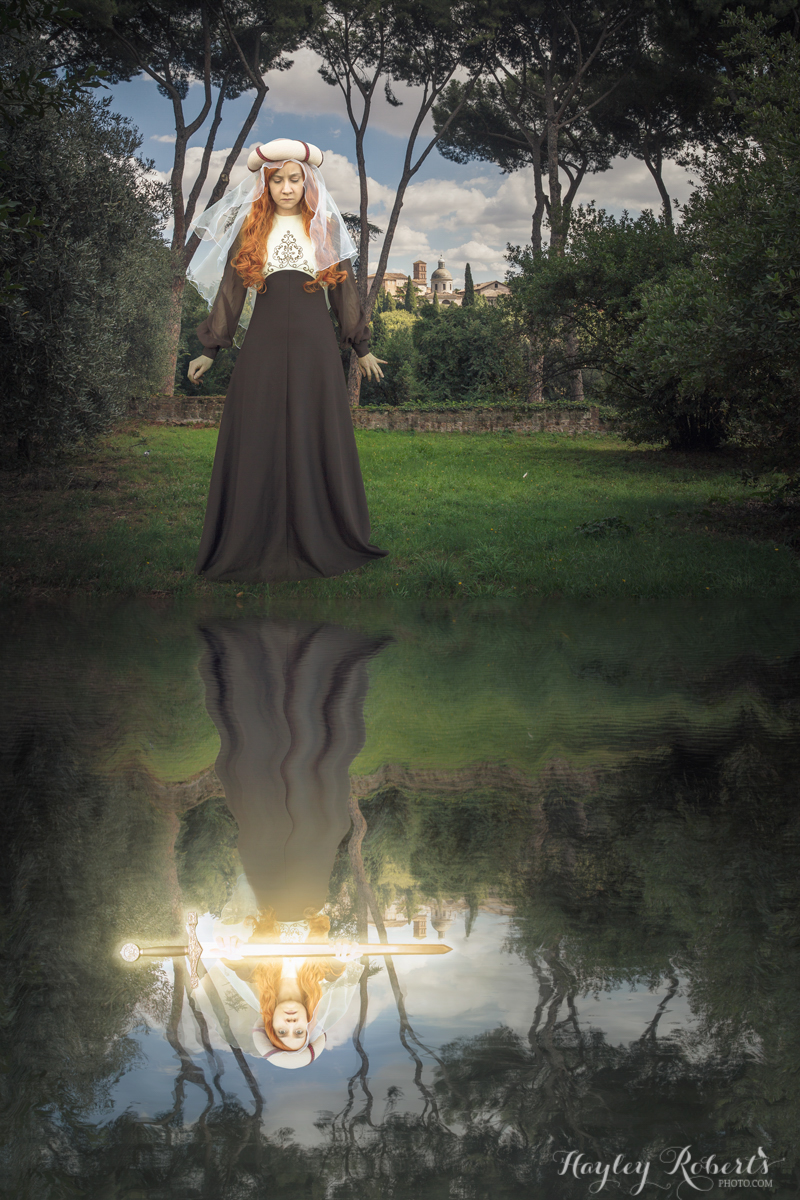 The Return of the Sword

All the best novels are built on the premise of an ordinary person finding out they are special in some way and generally most of these characters embrace the challenge. When I created this piece I was thinking a lot about the idea of a character who chooses the “blue pill” and turns their back on their calling. So in reimagining the Arthurian legend with a female protagonist I chose to portray the story exactly at the deciding moment so it is up to the viewer to decide which path she chose.

This scene is composed of a photo I took at Palatine Hill in Rome and two pictures of me shot in my backyard. The sword is courtesy of FantasyStock on DeviantArt. I created the reflection in Photoshop and applied water effects to make it look like a lake which you can read about here.