How I created ‘Lake Samsonvale’

How I created ‘Lake Samsonvale’

I chose Lake Samsonvale as a subject for my ‘The Land and I’ project because the history of Samsonvale has virtually been erased by the creation of North Pine Dam so I wanted to pay homage to the community that one stood there by compositing houses rising from the water. If you’ve not seen the project already, please visit the ‘Stories of Lake Samsonvale’ page at Visit Moreton Bay Region.

Lake Samsonvale provides a number of visitor areas so during my initial site recce I chose ‘Tukuwompa Park’ as the most picturesque to photograph. I came back one evening at sunset to photograph it as I wanted to use the symbolism of the ‘sun setting on the community’. I visited a second time on an overcast day to capture images for the travel blog and figured I might as well shoot the scene again with moody clouds just so I had some options. I also took some panoramas at Bullocky Rest because, as it’s the main visitor area, I figured it would also be the most recognisable. After much experimentation I ended up using the photos from Bullocky Rest in the final image because I liked the banks on either side.

The houses were all photographed at Old Petrie Town as I really wanted to include authentic historical houses from around the region and felt it was important to include the few remaining houses that were moved from Samsonvale before the dam was built. It was extremely tough organising a time to shoot there as it’s a very busy place, complicated by weeks of rain which continually hampered my plans. As the deadline loomed I decided to shoot at 6am on Good Friday. It was raining as we drove to Old Petrie Town but thankfully it eased for the few hours I was shooting and began again just as I finished. Thank you weather gods! Each house was photographed from the top of a ladder because I needed to get the angles right. Many thanks to my assistant, Mum, who is always a trooper in these situations. And also to Nicholas Dodd for his help providing background information on Old Petrie Town. 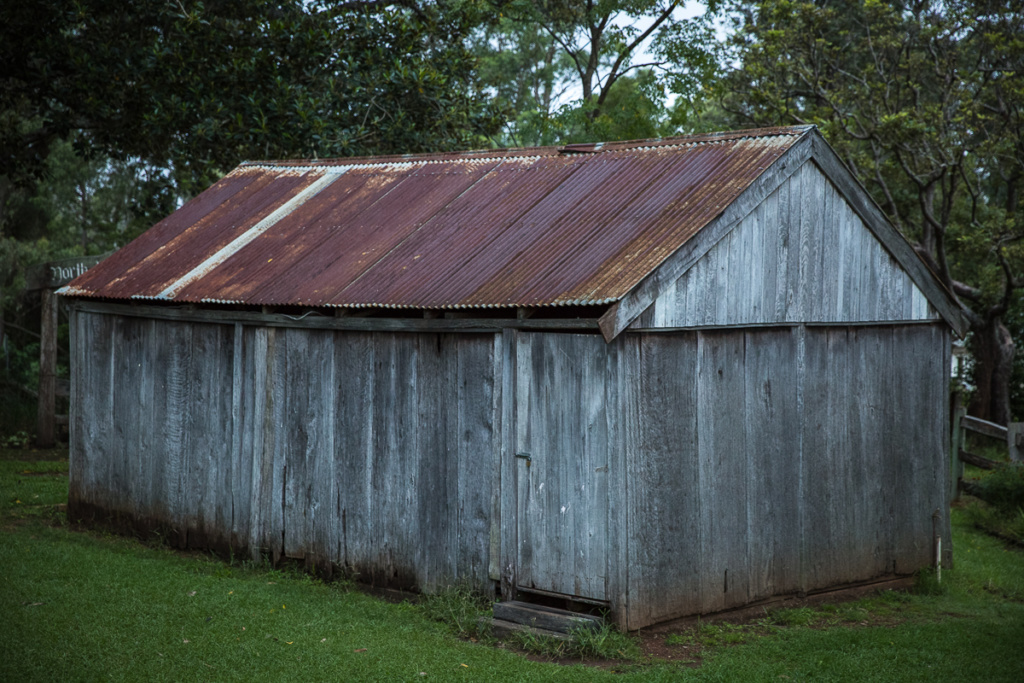 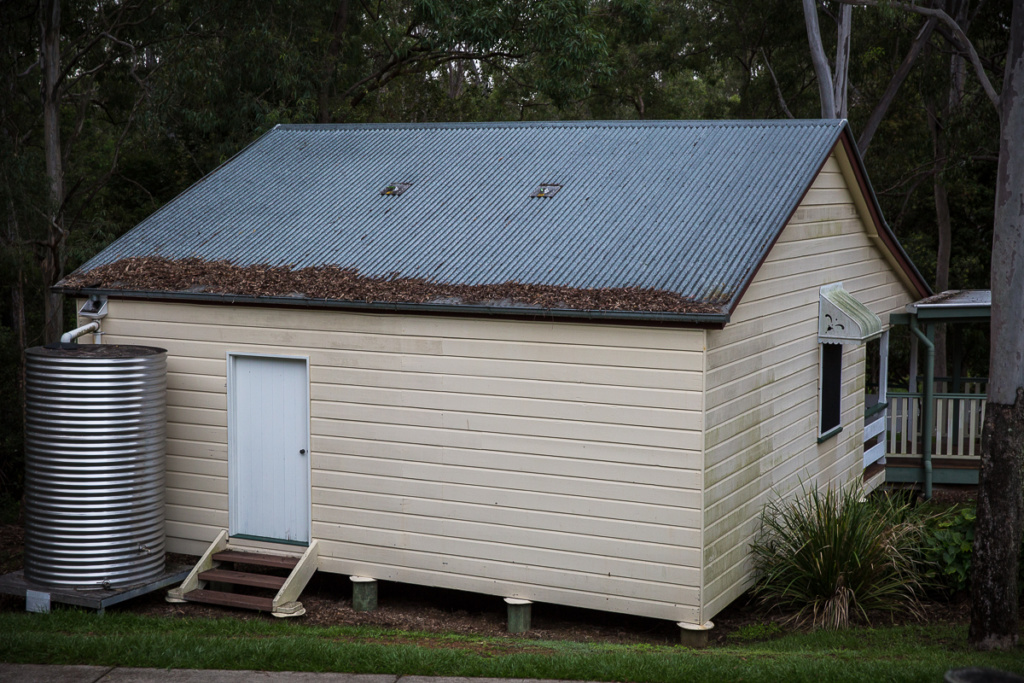 In Photoshop I stitched the panorama of Lake Samsonvale, cut out each of the houses and created their reflections, then added the fisherman, flying geese, trees and sunset sky. The colouring took weeks of experimentation to get right and I’m still not convinced (I even made three new colour variations today even though I “technically” finished this image weeks ago!).