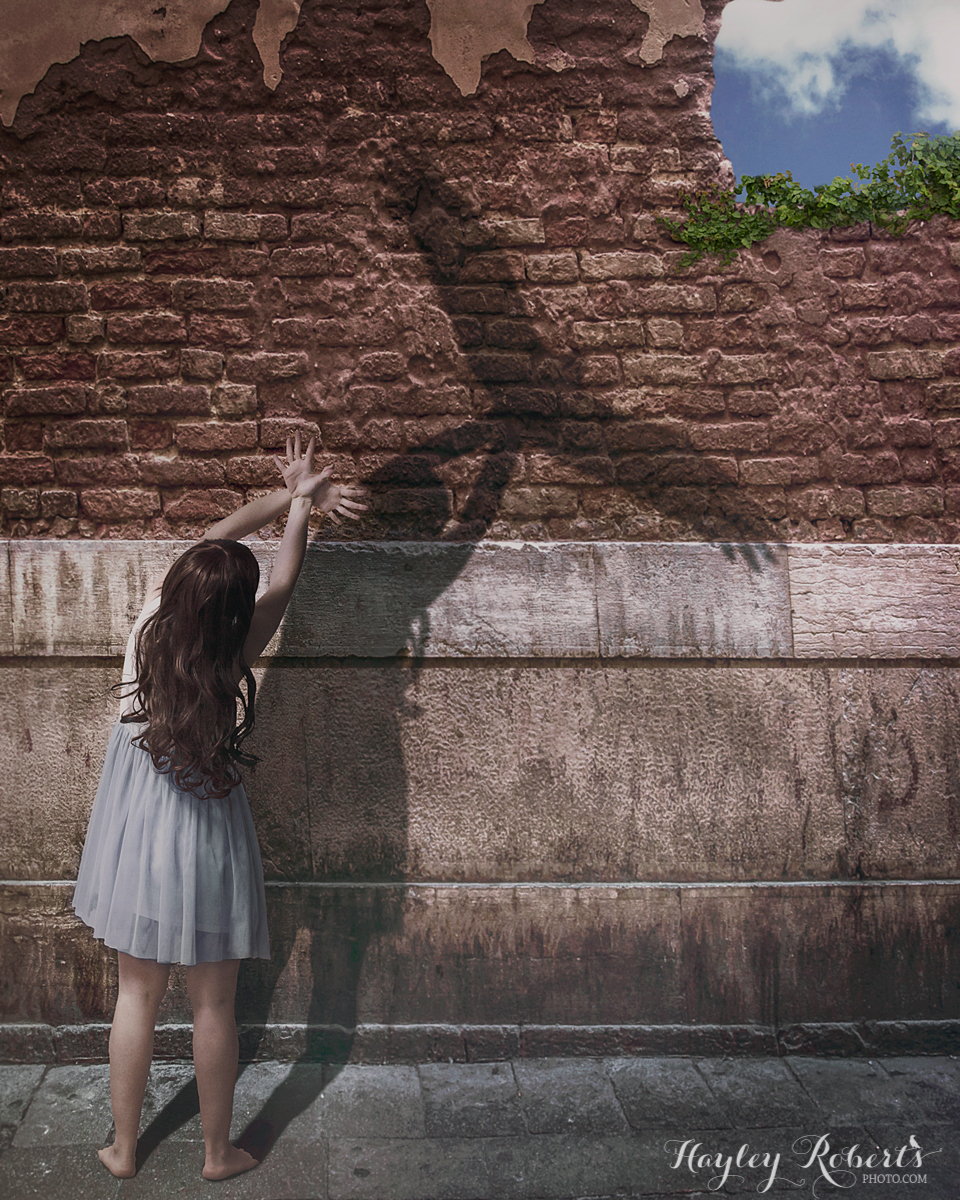 How to create shadows in Photoshop.

Shadows can make or break a composite. And while they’re easy to create, unless you’ve got a solid grasp of physics they’re hard to get right, which is why when someone is trying to figure out if your photo is a composite the shadows are usually the first thing they look at it. But since shadows are confusing for everyone, as long as you follow some basic principles you can usually fake them fairly successfully.

The properties of shadows that most compositers use are:

BUT in reality shadows aren’t that simple. And here’s some examples I took with my iPhone to prove it.

This is my dog’s squeaky ball in a ray of light. It’s actually LIGHTEST closest to the object because the ball is translucent and letting some light through. The shadow is long because the sun is low, and a little blurry at the farthest point from the object.

The second is a bird cage I have hanging in my room. The light source is behind, to the right, and slightly above the cage which you can tell by the direction the shadow is falling. However there are TWO shadows because my lamp contains two light bulbs pointing in different directions. The shadows are WIDER than the objects because of the angle the light is hitting them. But because you can’t see the light source, if this were a composite you wouldn’t need to create the double or wide shadow because no one would ever know. So as long as you follow the basic principles of shadows no one can really prove you wrong.

Let’s work through an example. Here’s a photo I took of myself in my garage. Don’t worry about my hands; they’ll show up in next week’s photo. I had an undiffused Speedlite on a light stand to my left so you can see that the left side of my body is brighter than the right. The floor and the wall are just photos of textures I’ve added in. Before adding a shadow the girl just looks like she’s floating. But by painting in a shadow using a soft brush and different opacities I can anchor her to the scene. So even though the angle of the floor is wrong and the shadow doesn’t match her shape it still looks like she belongs there. Painting in a shadow with the brush tool is the most basic technique but there’s more accurate ways to create shadows.

How to create a shadow in Photoshop

First step – assess your light! Where is it coming from and what are its properties? This will help you plot how your shadow should look.

Use handles to transform the shadow’s shape

Blur the top half more

That’s method one done! The second method is best for giving just a little bit of shadow. For example, I have these vines climbing through a hole in my image but they didn’t feel like they belonged there so I added a little drop shadow to anchor them in place.

Right click on Drop Shadow to create a new layer

And that’s it. Shadow achievement unlocked!

About ‘One Day I’ll Fly Away’

Sometimes an image just works and you’re excited about it from the get go. This was not one of those images. I’ve spent two weeks massaging these pixels to within an inch of their lives and it still doesn’t make me happy – generally a sign that it’s time to put it aside and move on. Unfortunately you can’t win them all. But funnily enough I’m working on another concept from this shoot which I loved almost instantly.

The image is composed of a shot of me photographed in my garage, a wall in Venice, a bird from Stradbroke Island, a Graphic Stock shot of clouds (which was just laziness as I have plenty of my own), and a vine from a garden in Melbourne. My photographs are very well travelled. I combined the shadows of the bird and the girl into one but I had to be careful using the blurring and fading techniques discussed in this tutorial so the bird didn’t disappear. I took plenty of shots of the girl lit by a Speedlite so I could see how her real shadow looked and replicate it in Photoshop but I ended up using a photo where the flash didn’t fire. I had to use Lighting Effects in Photoshop to light her side and back and make the harsh shadow believable.

If you have any advice about shadows or wish to share a shadow photo of your own, please do so in the comments. I’d love to hear/see them! 🙂