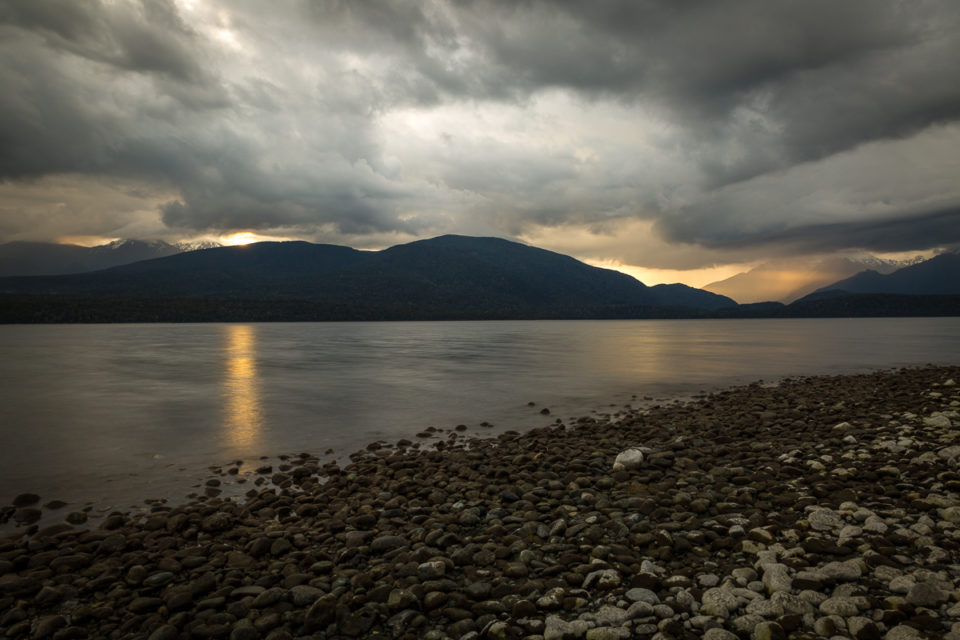 There’s little to stick around for in Invercargill (although had I known about Demolition World I might have considered a visit) so instead we took the pretty, but not entirely memorable 2 hour drive straight to Te Anau. We didn’t know how to pronounce Te Anau and so the drive was filled with renditions of Laura Branigan’s ‘Ti Amo’ (that’s an 80s tune for you youngsters). It’s ‘T-R-no’ for the record.

Te Anau’s claim to fame is that it’s the gateway to Milford Sound but being built around the South Island’s largest lake, Lake Te Anau, means it’s an entirely pretty town on its own. It actually stole my heart and if I had to choose a town to call home this one would likely be it.

The first place you’ll spot when you hit the main street, particularly when your stomach is grumbling after the drive, is ‘Miles Better Pies’ where the queue is often out the door for their renowned pies. Naturally we joined the queue to fuel up for our next adventure – a trip to the Glow Worm Caves! Pro tip – when taking a tour it’s fine to leave your car in the main street despite the signs warning of parking restrictions. Apparently Te Anau doesn’t actually have a parking inspector but just double check with one of the friendly shop assistants in case this has changed.

We boarded the glow worm tour boat at the Real Journeys office across the street and sailed Lake Te Anau for the half hour journey to the nearby underground caves. After a short briefing we walked through darkness accompanied by the roar of flowing water to board another much smaller boat and glide about the underground lake while oohing and aahing (silently so as not to disturb) at the glow worms. A total sensory experience; and a much more pleasant one than on the larger boat where a group of Brazilian teens insisted on blasting their truly hideous music.

Glow worm tour – cameras not allowed in the caves!

Back on land we checked into our hotel (I booked it because it specifically said they faced the lake but we found that most of the town’s hotels do) and at the recommendation of the hotel manager we went to the local cinema to watch ‘Fiordland on Film’, a stunning 30 minute visual documentary of the Fiordland region (complete with cocktails from the cinema bar). Afterwards we legged it back to the lake in the hopes of a decent sunset and boy, we were not disappointed when the sky turned an otherworldly mauve colour. Bliss.

We stayed at: Radfords on the Lake

Distance: From Invercargill to Te Anau via the “scenic route” is approximately 2 hours drive not including stops.